Edith Windsor, the woman whose estate tax lawsuit led the U.S. Supreme Court to invalidate the Defense of Marriage Act (DOMA), is getting even more tax money back. 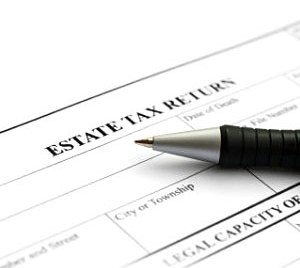 In addition to the $363,000 plus interest that Windsor will get from Uncle Sam for federal estate taxes she paid after the death of her wife Thea Spyer, Windsor also will be getting a New York state estate tax refund.

And she's not alone.

New York Gov. Andrew Cuomo has ordered the state's tax department to issue refund checks to the surviving spouses of gay marriages who had to pay estate taxes on money or property they inherited from partners.

The Empire State refunds could apply to spouses who passed away as long ago as 2008, three years before New York legalized gay marriage, since three years is the normal statute of limitations for tax claims.

"Now, taxpayers affected by the Supreme Court decision may amend any previously filed estate tax return where the statute of limitations to apply for a refund remains open," said New York's Commissioner of Taxation and Finance Thomas H. Mattox in a statement.

More on how to file for a refund is found in the technical memo issued by the New York tax office following the Supreme Court's DOMA ruling.

Refund costs: New York officials wouldn't speculate on how much in refunds would be issued, citing tax privacy issues. They did say, however, that they expected the effect on the New York budget to be minimal.

Windsor's attorney Roberta Kaplan told the New York Daily News that her client expects to receive a refund of $275,000, plus interest, from the state.

By my rough math calculations, Windsor soon will have nearly $650,000 more in her bank account.

"I want to thank Governor Cuomo, who is a true hero in the struggle for the freedom to marry," said Windsor in a statement. "I am of course thrilled that I will be getting a refund of the estate tax that I never should have had to pay in the first place. What makes me even happier, however, is the fact that no other gay person will ever again have to face the indignity of DOMA."

Cuomo is the only governor so far to announce estate tax refunds, but same-sex marriage advocates expect more states that collected estate taxes on similarly situated widows and widowers to follow suit.