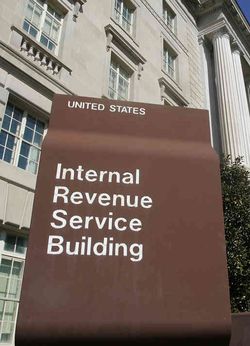 The Internal Revenue Service is back on the hot seat this week, as two House committees will again look into how it handled tax-exempt status requests and how it deals with small businesses.

Representatives have been trading charges over the IRS' use of be on the look out, or BOLO, lists. While agency employees did use such lists to review 501(c)(4) applications from Tea Party and other conservative groups, BOLOs also were used in assessing the applications from progressive and more liberal groups.

On Thursday, July 18, the House Oversight and Government Reform Committee will hear from IRS employees who worked in both Washington, D.C., and the Cincinnati office where the reviews were conducted.

Committee Chairman Darrell Issa (R-Calif.) has not released the witness list, but we reportedly will hear from Steven Grodnitzky, a manager in the IRS' exempt organizations office; Carter Hull, a Washington-based tax lawyer; and Elizabeth Hofacre, a Cincinnati-based IRS employee.

And we definitely have an idea of the hearing's tenor from its title, "The IRS's Systematic Delay and Scrutiny of Tea Party Applications."

Beyond the IRS? Also look for Issa to continue his effort to connect the Cincinnati field office's activities to direct orders from IRS headquarters.

"Witnesses from both the Washington and Cincinnati offices will be asked to explain why, even as dozens of applications for progressive groups were being approved, orders from senior levels within the IRS resulted in inappropriate and disparate treatment for Tea Party applications," said Issa in announcing the hearing.

Democrats contend this is a futile effort to tie the tax-exempt reviews to the White House, a charge they say has no foundation based on transcripts of already-conducted interviews of the employees involved.

Look for lots of heated exchanges, not so much between witnesses and Committee members (no IRS employee wants to be the next Lois Lerner), but between Oversight's Republicans and Democrats.

Small business lead-in: While the latest exploration of the IRS' tax-exempt procedure will be the marquee hearing this week, the head of the IRS will also be asked on Wednesday, July 17, if the agency treats conservative businesses differently.

Rep. Sam Graves (R-Mo.) says he wants to know how the agency selects, classifies and audits the tax returns of small businesses.

Graves is worried that if a business has a name that could be perceived as more politically conservative, it's a bigger IRS audit target. In May, he asked the IRS for answers to that question.

Since he did not get "substantive" answers, Graves has called the hearing, "The Internal Revenue Service and Small Businesses: Ensuring Fair Treatment." The panel, said Graves, will focus on whether conservative businesses were scrutinized in the same fashion as tax-exempt 501(c)(4) applications were.

Never want to mess with the IRS Collections Agency. I'm from Denver, Co and have learned it's always best to put in your taxes early.