James Gandolfini's unexpected death last month in Italy is back in the news, this time because a large portion of the actor's $70 million estate reportedly will be subject to the federal estate tax. 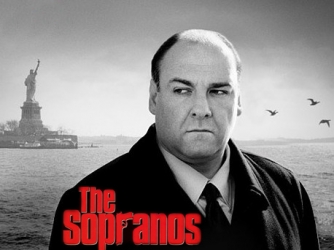 The will left by Gandolfini, best known as the complex mob boss Tony Soprano in the HBO television series "The Sopranos," is "a disaster," says a New York estate tax attorney.

William Zabel, who was asked by the Daily News to review Gandolfini's will, says the document is "a nightmare from a tax standpoint."

The 51-year-old actor made a "big mistake" by leaving 80 percent of his estate to his sisters and his 9-month-old daughter, Zabel told the New York City tabloid.

The bottom line per Zabel's calculations is that Gandolfini's estate could owe Uncle Sam as much as $30 million.

Estate taxes at federal and state levels: In 2013, up to $5.25 million of an estate's assets are exempt from federal taxation thanks to the American Taxpayer Relief Act passed earlier this year.

For amounts in excess of the exemption level, which is adjusted annually for inflation, the top federal estate tax rate is 40 percent.

Transfers from one spouse to the other, however, typically are tax-free. We learned that lesson from Edie Windsor in her successful same-sex estate tax battle that led to the end of the Defense of Marriage Act.

But since Gandolfini left the bulk of his estate to relatives other than his wife Deborah Lin, most of that 80 percent worth of assets is now subject to the federal estate tax.

Plan ahead: Even if you don't think your estate is large enough to trigger the federal estate tax, you still need a will to make sure your property goes where you want it to after you leave this mortal coil.

And it wouldn't hurt to talk with an estate tax expert just in case. Your estate consists of everything you own and as I note (shameless plug alert!) in Future Millionaires' Guidebook, you might have more than you realize.

As the Gandolfini situation illustrates, the state-level estate taxes usually kick in at much lower asset levels.

Possible heir tax issues: And take note potential heirs. In addition to an estate tax that is paid with money left by the dearly departed, some states also impose an inheritance tax.

If you're named as a beneficiary in a will, the inheritance tax is collected from you based on the bequest you receive.

*The original post incorrectly included some states that impose inheritance taxes but not estate taxes, including Indiana. The Hoosier State previously imposed an inheritance tax, but repealed it this year retroactive to Jan. 1 to cover all 2013 bequests. Thanks to Indiana resident and Twitter tax pal @Eligabiff for bringing the error about her state to my attention.

Ever since I learned about estate taxes being taxed at 35 percent, I still hold my breath for a second. I loved watching James Gandolfino in the Sapranos. However, I don't like seeing this happen to his estate. How can our country be in a deficit when death and taxes go hand in hand?