Congress is about to go on its annual August recess without coming to an agreement on a farm bill.

The fate of the legislation, which would extend the current farm bill that expires on Sept. 30, has been in limbo since the House-passed version stripped the food stamp program, which is known as the nutrition title.

But it's not just Representatives and Senators who have issues with the bill.

The U.S. Public Interest Research Group (U.S. PIRG) says that the final farm bill should take a more comprehensive view of federal tax support for all of America's nutritional needs. 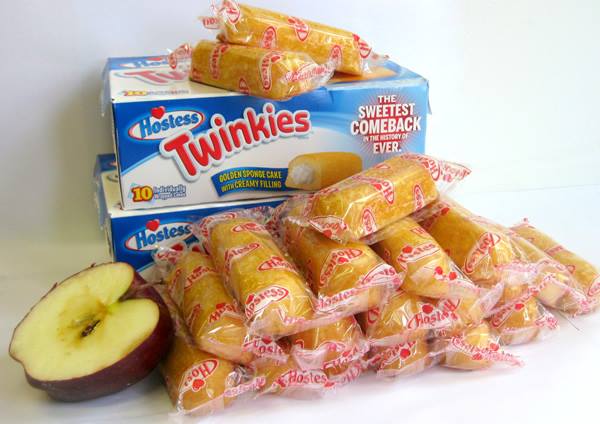 Apples, which the report cites as the only fruit or vegetable to receive significant federal subsidies, garnered only $689 million in federal tax help over the same period.

"Had these subsidies gone directly to America's 146 million taxpayers, the apple subsidies would enable each taxpayer to buy half an apple each year," according to the report. "But the annual junk food subsidies would add up to nearly 20 Twinkies each."

Or, doing the packaged sweets math another way, U.S. PIRG says the money used to subsidize corn and soy junk food ingredients would pay for almost 52 billion Twinkies, enough to circle the Earth 132 times when placed end to end.

I'm seeing an anti-Copernicus on a sugar high right now.

While I like both Twinkies numerical examples, I'm staying with a more direct tax amount for this week's By the Numbers figure: the $19.2 billion we taxpayers have covered over the last 18 years for farm bill subsidized junk-food ingredients.

The Boston-based nonprofit has a point.

But then there might be some method to the tax subsidies madness.

No, I'm not talking about the big-dollar support that members of Congress get from the giant agriculture concerns' PACs to keep tax subsidies in place.

I'm thinking now of the opportunity to create new fat taxes on the unhealthy products created with subsidized products. In fact, a Twinkies' related measure, the Stop Subsidizing Childhood Obesity Act, was introduced in the last Congress on the heels of the Hostess Brands troubles.

Federal and state attempts to include sugary products in the sin tax category have failed. So far.

That's good. I'm not a fan of the sin tax approach, since defining what's bad, for individuals and the community at large, is tricky and morally subjective business.

But as the U.S. and state treasuries look for ways to bring in more money, a fat tax eventually could be, in the grand scheme of taxes, one of the easier levies to justify and push through.