Are you ready for some football?

Yes, I know the NBA (thanks, Spurs, for the effort) and NHL (congrats, Blackhawks) seasons just wrapped up and there are still lots of MLB games left to play.

But I'm a Texan, which means football is in my DNA even though the Cowboys have sucked for way too long (Jerry, hire a real GM already!). So at my house, we're counting down to Aug. 4.

Sure it's just preseason and play will be messy as, for the most part, Cowboys' wannabes will face off against Dolphins who are likely to be cut.

But it's football! So everyone in Canton, Ohio, will have a good time. Except, maybe, Miami Dolphins' owner Stephen Ross.

Ross is likely to still be cranky after his failed attempt to get Florida taxpayers -- Miami-Dade County residents, in particular -- to help pay for renovations to the Dolphins' home, Sun Life Stadium. 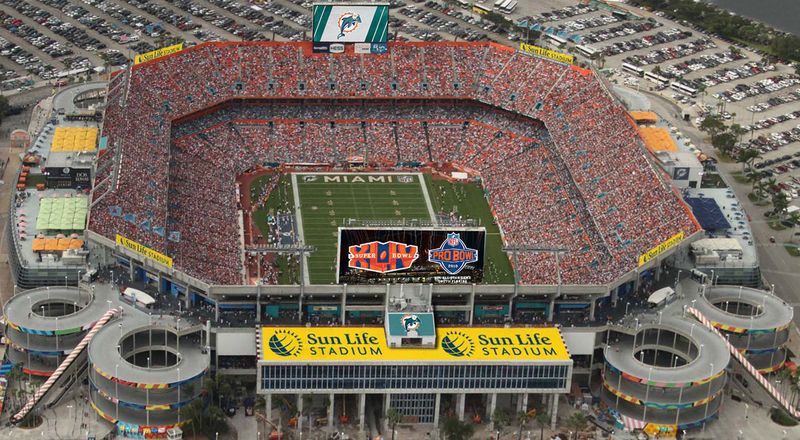 And the billionaire real-estate developer who lives up I-95 in Palm Beach County has launched a super PAC to help out the Florida lawmakers he blames for the loss of the public money.

Voters were to decide: Just about everyone agrees that the stadium north of Miami needs major work. But there's no agreement on how to pay for it.

Years ago, cities, counties and states were if not happy, at least resigned to having ponying up to keep franchises from moving.

But as owners got richer, they appeared greedier as they came hat in hand to taxpayers. And residents, even those who were fans of the teams, started saying "uh uh."

In the Dolphins' situation, Ross had pressured Florida lawmakers to let voters decide whether to subsidize a $350 million upgrade to the NFL team's home field. The money would have come from a one-cent hike in the Miami-Dade County hotel bed tax.

In anticipation of a favorable vote, the Dolphins reportedly spent nearly $10 million on the expected referendum. The team made a nonrefundable $4.8 million payment to Miami-Dade County to cover the election costs and spent another $4.5 million on a get-out-the-yes-vote effort.

Before the election could be held on May 14, it needed the OK of the Florida legislature.

That didn't happen. Sunshine State lawmakers closed their 2013 annual session on May 3 without passing a bill permitting the stadium renovations vote.

It's probably just as well.

A tally of early voting results showed that of the almost 61,000 votes cast by mail or at early polling places, almost 57 percent voted against the Dolphins' tax-financed stadium upgrade deal.

Maybe before voting they checked the early season box scores of the woeful Miami Marlins. That MLB team's new stadium was built using a lot of taxpayer money and the payoff so far isn't good.

Lawmakers targeted in 2014: Ross, however, is not letting things end like that.

Word is that the PAC will support Florida Gov. Rick Scott's reelection bid, as well as make "nonpartisan" efforts in certain other state races.

The reason for the quotation marks around nonpartisan? Everyone knows Florida Jobs First funds will be used to reward stadium renovation supporters and fund opponents of those whom Ross blames for not letting the tax vote go forward.

Scott, who will benefit from the super PAC money, was an advocate of the stadium upgrades.

But state Reps. Michael Bileca, Jose Felix Diaz and Carlos Trujillo, all Miami Republicans who opposed the Dolphins' proposal, are on the PAC's hit list. The Miami Herald reports that Florida Jobs First has mailed attack fliers to voters in those lawmakers' districts.

"An incensed Ross blasted House Speaker Will Weatherford, a Wesley Chapel Republican, accusing him of reneging on a pledge to give the legislation a floor vote," according to the Herald.

And in a statement issued the night the legislature closed shop killing the Dolphins' plan, Ross said, "In the future, I will look to play an important role in fixing the dysfunction in Tallahassee and will continue to work to create good jobs in Miami-Dade and throughout South Florida."

You heard him, folks. If you're looking to run against Weatherford and any other Florida lawmakers who weren't keen on spending public dollars for a private stadium, go ahead and give Florida Jobs First a call.