Daniel Werfel, who took over as Acting Commissioner of the Internal Revenue Service less than two weeks ago, this afternoon made his first trip in that position to the lions' den known as Capitol Hill.

Given the tenor of previous House and Senate hearings on the many missteps the agency has recently made, many of us were feeling a bit sorry for Werfel as he headed to the House Appropriations Subcommittee on Financial Services and General Government hearing room.

Congress has latched onto the IRS not only because the tax agency has, as everyone on both sides of the aisle agrees, screwed up, but also because it is known by everyone and detested by most. That makes the political demagoguery from both sides irresistible.

But like the Daniel in the lions' den of yore, Werfel came out pretty much unscathed. 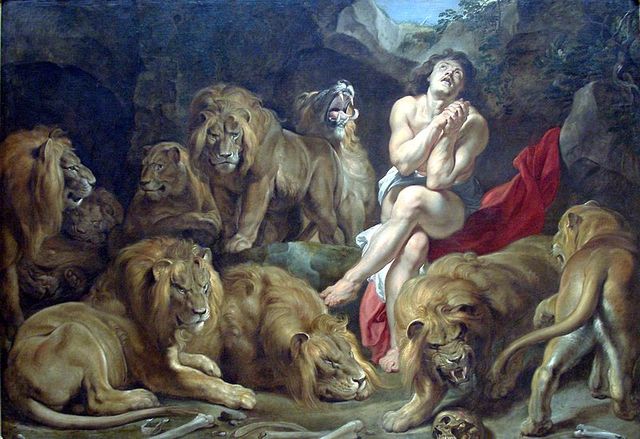 In fact, he held his own through the two-hour session. And in several instances, Representatives ended up looking a little wounded.

Just the facts, ma'am and sir: Joining Werfel at the hearing was Treasury Inspector General for Tax Administration (TIGTA) J. Russell George. Again, I must implore Congress to give George an office on the Hill if he's going to up there all the time!

Both men were asked repeatedly what they know about who in the IRS knew what and when in connection with the agency's improper reviews of conservative groups seeking IRS 501(c)(4) tax-exempt status.

And both men repeatedly insisted on giving the subcommittee members the facts that they had collected on the matter so far.

Too bad that facts were not exactly what some of the members were seeking.

You can watch the hearing yourself, but suffice it to say that a couple of Republicans were insistent on connecting the dots from the IRS Cincinnati field office through the tax agency's Washington, D.C., headquarters to the Oval Office. 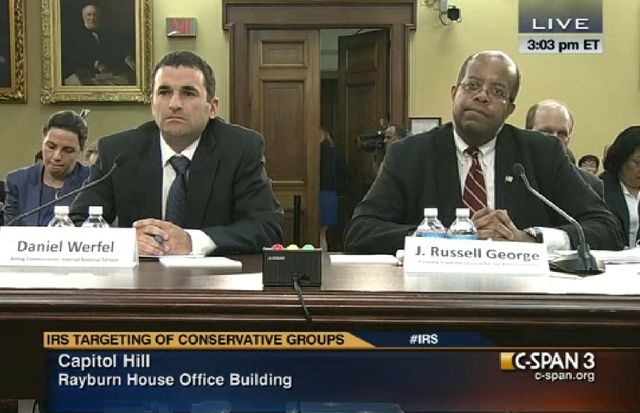 And some of their Democratic counterparts were just as eager to point out that there is no evidence of a grand White House-IRS conspiracy to deny Tea Party groups and their ilk favorable tax status.

Yes, we get it. This and other hearings, past and scheduled, are a platform to make political points with the lawmakers' specific constituents. Getting answers is, for many of them, at least until after the 2014 election, secondary.

Werfel's promise to Congress: This hearing, however, was less contentious as some others, largely because Werfel is the new guy at the IRS. He was not around when the Tea Party reviews were being mishandled, bonuses were paid to some employees involved in the mess or when the agency overspent on off-site conferences.

Werfel made it clear that he, too, knows that the agency's inconsistent treatment of tax status applications based on political labels is a failure that has "undermined the public's trust in the IRS' ability to administer the tax laws in a fair and impartial manner."

But, Werfel told the lawmakers, although he has only been with the IRS a few days, "it is clear to me that IRS employees take great pride in the work they do as non-partisan civil servants dedicated to helping the nation. Like so many, the IRS community is shocked and appalled at the use of political labels inside one part of the organization, and considers it to be an affront to the mission of the IRS and their solemn duty as civil servants to fairly administer our tax laws. This incident has overshadowed the indispensable work the agency and its employees do for the nation every day."

Werfel pledged to work with TIGTA, the Department of Justice and Congress to fix the problems in the IRS and to do so in an open and transparent manner.

Lawmakers' demands: But some of the Appropriations members still had suggestions for how the IRS' new temporary top gun should do his job.

If bonuses, such as one that Rogers said went to suspended IRS employee Lois Lerner who jump-started the investigation with her apology for the ill-advised reviews, were improperly made, Rogers said he wanted that money repaid.

Rep. Kevin Yoder (R-Kan.) made it clear that he thinks Werfel needs to get on a plane to Cincinnati and personally ask those IRS employees just who gave them the directive to filter tax-exempt applications by conservative-sounding group name.

And Rogers, after expressing his belief that lower-level IRS employees could not have made such a politically-tinged decision to review conservative groups requests on their own, warned Werfel the Appropriations Committee "will not rest until somebody gets us these answers" as to who "on high" gave the orders.

Then, as if admonishing a wayward child, Rogers told the IRS chief that his agency's future "funding could be conditional on the answers to the questions we're asking."

Hmmm. Is it just me, or does Rogers seem to imply that he wants not just answers, but the type of answers that the GOP majority wants to hear?