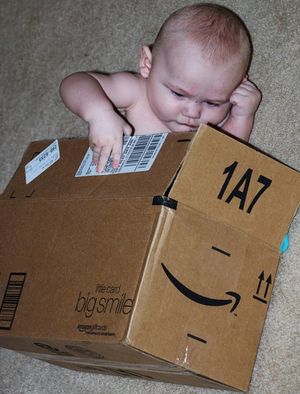 When it comes to Florida and Minnesota, online retail giant Amazon is heading, physically and digitally, in opposite directions.

Hello, Florida: Amazon plans to spend around $300 million to build facilities in the Sunshine State. The facilities reportedly will be fulfillment centers, aka warehouses, along the state's I-4 corridor.

Florida officials and Amazon are touting the estimated 3,000 full-time jobs with benefits the new operations are expected to bring.

The state's online shoppers, however, are bemoaning the eventual end of tax-free purchases from Amazon.

Once the company has a physical presence in Florida, it will begin collecting the state's 6 percent sales tax from Sunshine State customers.

When will the tax collection start? At such time as it is required under current Florida law, according to the Amazon announcement from Florida Gov. Rick Scott.

Goodbye, Minnesota: While the Seattle-based online retailer was saying hello to its new neighbors in Florida, it was sending a different message to its affiliates in Minnesota: So long.

In May, Minnesota Gov. Mark Dayton signed into law a bill that says any online businesses with a physical presence or affiliates in the Land of 10,000 Lakes must charge sales tax on items sold to state residents.

Rather than do that, Amazon has opted to dump its Minnesota affiliates. These are businesses, such as bloggers, who run ads on their websites and collect commissions from Amazon for sales they generate.

According to the Performance Marketing Association, a trade group that represents affiliates, there are 5,200 affiliates in Minnesota that generated a total of about $500 million worth of business in 2012 and paid about $35 million in state income tax.

The law change, says the PMA, affects about 1,000 online retailers, who in addition to Amazon also work with other major retailers such as Blue Nile and Cabela's.

Amazon also took the opportunity to lobby for the Marketplace Fairness Act, which is supports, in the email it sent to affiliates:

"While we oppose this unconstitutional state legislation, we strongly support the federal Marketplace Fairness Act now pending before Congress. Congressional legislation is the only way to create a simplified, constitutional framework to resolve interstate sales tax issues, and it would allow us to reopen our associates program to Minnesota residents."

That bill breezed through the Senate, but is stalled in the House.

So Minnesota businesses that are losing the Amazon connection now must make some hard business decisions, and quickly.

Amazon's tax strategy: Why the different treatment of Florida and Minnesota?

The obvious sales taxes collection issue is just part of the reason. The company also is looking at its own tax bills.

Hillsborough County, Fla., commissioners are considering offering Amazon tax breaks of around $7 million to get it to build one of its centers within its borders. Discussions about luring Amazon also have been held by local lawmakers in Winter Haven, Ocala, Lakeland and Jacksonville.

Such intra-state bidding among jurisdictions and associated tax breaks are part of a brilliant expansion strategy already successfully employed by Amazon.

Virginia officials approved $4.4 million in taxpayer subsidies in exchange for two warehouses in the Old Dominion. New Jersey officials put up millions in Amazon tax breaks. California let the retailer off the tax hook for a year, saving the company about $200 million. And here in Texas, a new Amazon warehouse in the Lone Star State netted the company forgiveness of $269 million in back sales taxes that state officials had previously sued to collect.

In reality, the states' tax capitulation is negligible for a company that had $61.1 billion in sales last year. But Amazon didn't get that rich by wasting any pennies.

A retail geography lesson: What Amazon really wants is geographic domination that will help it speed up deliveries.

The company is eventually looking to making same day delivery the norm as part of reported plans to offer grocery sales. To accomplish that, Amazon needs distribution facilities at strategic places across the country.

It already has 40 facilities in 18 states and is looking for more locations to meet its speedier order-to-customer goal.

So look for Amazon to continue to shop around for construction sites, and use taxes -- both breaks from states, cities and counties and collection from soon-to-be physical neighbors -- as part of its moves.

On July 1, when Amazon leaves Minnesota, it will start collecting sales taxes from shoppers in New Jersey. Virginia online shoppers will see tax charges starting Sept. 1. That will happen to Connecticut and Massachusetts residents on Nov. 1.

Online tax collection for Amazon shoppers will show up in 2014 for buyers in Indiana, Nevada and Tennessee. South Carolina's tax department will start getting Amazon tax revenue in 2016.

The new Amazon taxes will show up in future editions of The Fiscal Survey of States, published twice a year by the National Association of State Budget Officers and the National Governors Association. The spring 2013 version showed that state revenue collections increased more than previously expected in fiscal 2013, with much of the gains coming from personal income tax collections.

My other tax blog thoughts are posted at Bankrate Taxes Blog on most Tuesdays and Thursdays. If you happen to miss them there during the week, you can find a summary (and links) here the following weekend.