Who had the worst week in D.C.?

Last week was wild in D.C.

Three separate hot button issues erupted into what are being termed by many as scandals. It made me miss being there to watch the crazy first-hand. 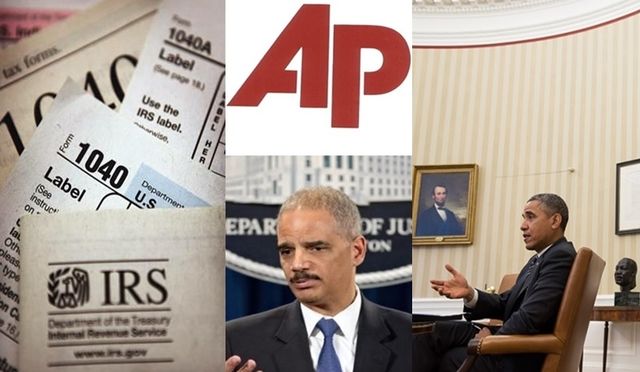 Questions are being asked, fingers pointed, jobs lost in the wake of three scandals fixating Washington, D.C., this May.

Benghazi attack, political aftermath: Let's start with the tragedy at the U.S. embassy in Benghazi, Libya. In that attack last September, Ambassador Chris Stevens and three other Americans were killed.

Questions about the circumstances surrounding the attack and how the Obama Administration dealt with it bubbled back up last week. This latest round of inquiry focuses on the talking points -- the list of officially approved statements -- used by the White House and other federal agency officials in public discussions of the attack.

Who said what? Why did they say that? And just who wrote and approved the talking points?

IRS added attention to the Tea Party: Then the Internal Revenue Service admitted that some of its workers used improper screening methods to examine groups' applications for tax-exempt status.

Did that system deny groups the desirable 501(c)(4) designation, which allows them to escape paying taxes and keep their donors' names secret? Was information gathered inappropriately shared with other federal agencies?

IRS use of specific search terms such as Tea Party and patriot has, so far, caused two high-level IRS employees to look for new jobs and prompted at least three Congressional hearings, the first of which by the House Ways and Means Committee was held Friday, May 17.

Justice and the media: Finally, the Department of Justice is dealing with reaction to the revelation that it seized Associated Press phone records as part of an investigation into potential national-security leaks connected to CIA counter-terrorism operations.

Was it really a war on journalists? Or did the DoJ correctly walk a thin line to obtain material it argues was critical to a serious national security breach?

Who's having the toughest time? This trouble trifecta naturally prompts comparisons to similar prior situations in the nation's capital, as well as raises questions about which matter is causing the most problems for its participants.

The White House is juggling questions and accusations about all three scandals. That, say some, is making for the worst week ever for the Obama Administration.

Others argue that U.S. Attorney General Eric Holder, whom many are calling on (yet again) to resign, is having the worst week.

There's no question that the IRS royally screwed up in how it approached the processing of the tax-exempt applications. But Miller lost his job because of it and had to deal with pontificating politicians on Friday during the Ways and Means Committee hearing into the matter.

So who do you think had the worst go of it last week?

Miller losing his job is a joke. His term was up in June and he could not be reappointed as a temporary commissioner