What did IRS officials know and when did they know it?

What did IRS officials know and when did they know it?

If you're of a certain age, you immediately recognize that question as a variation of the famous one from Watergate scandal days: "What did the president know and when?"

This time, the "what" refers to the Internal Revenue Service's targeting of Tea Party and similar conservative groups in the processing of applications for nonprofit status.

And although some on Capitol Hill want to include President Obama in the inquiry, the answers first must come from the tax agency itself.

The Department of Justice announced today that it has launched an investigation into whether any laws were broken by IRS employees in culling the applications. 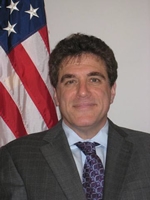 On Friday, May 17, IRS Acting Commissioner Steven T. Miller will get his chance to answer questions publicly during a House Ways and Means Committee hearing to look more closely at how, why, who, where and when the IRS focused on specific wannabe tax-exempt political social welfare groups.

What is likely a preview of at least part of Miller's testimony can be found in the op-ed piece he penned for USA Today.

"There was a shortcut taken in our processes to determine which groups needed additional review. The mistakes we made were due to the absence of a sufficient process for working the increase in cases and a lack of sensitivity to the implications of some of the decisions that were made," Miller wrote.

Miller noted that the applications for 501(c)(4) tax-exempt status, the designation given to Super PACs so that they don't have to reveal their donors, "came from all parts of the political spectrum, [and] received the same, even-handed treatment."

The acting top tax guy also said in his column that the IRS "fixed the situation last year, and have made significant progress in moving the centralized cases through our system."

The reference to "last year" is key to the "when" query.

The Treasury Inspector General for Tax Administration (TIGTA) is expected to release its examination of the application brouhaha this week. Several parts of the TIGTA report, however, have been leaked, including timelines of the process.

Details about when the IRS issued its official "Written Criteria for Identifying Potential Political Cases" is spelled out in Appendix VI of the tax watchdog's anticipated report: 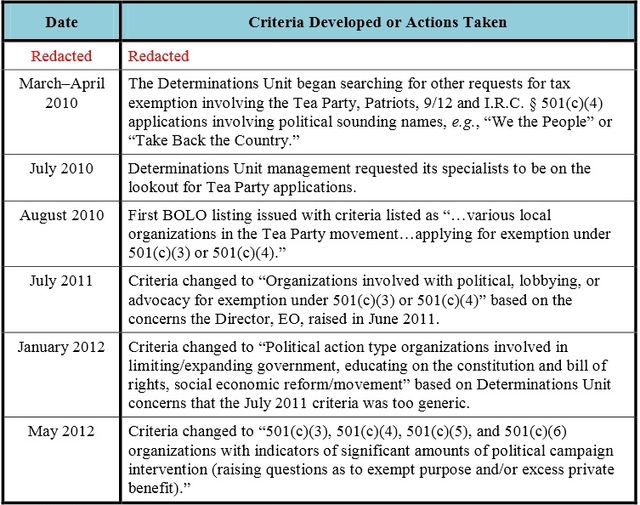 Click table if you're of a certain age and want/need a larger view.

The 10-plus pages of Appendix VII (included as part of the Appendix VI link above) offer a comprehensive timeline from March 2010 through July 2012 of the identification and processing of the application cases.

Treasury Inspector General J. Russell George better have these charts on hand as he no doubt will be asked about the timing issues when he testifies on Friday.

Miller and George are the only two witnesses scheduled to answer Ways and Means member questions beginning at 9 a.m. Eastern time Friday, May 17.