The IRS tax-exempt status saga continues next week with a new round of Congressional hearings.

In separate appearances before different committees, IRS Acting Commissioner Danny Werfel and members of groups whose applications for 501(c)(4) got special attention will tell their stories.

The temporary commish is up first.

Although Werfel has only been on the job since May 22, the House Appropriations Subcommittee on Financial Services and General Government wants to hear from him how the IRS allocates its money.

"As the subcommittee drafts the Fiscal Year 2014 Financial Services Appropriations Bill, it is critical to gain a clear understanding of how the IRS uses the taxpayer dollars it receives from Congress and to research how our bill can help prevent abuses like those revealed in the Treasury Inspector General for Tax Administration report from ever happening again," said subcommittee chairman Rep. Ander Crenshaw (R-Fla.) in announcing the hearing.

The hearing will begin at 3 p.m. Eastern time in 2359 Rayburn House Office Building.

Joining Werfel as a witness will be Treasury Inspector General for Tax Administration J. Russell George.

Targeted groups to get their say: The full Ways and Means Committee is in the on-deck hearing circle. It will convene on Tuesday, June 4, to hear from organizations that were targeted as part of the IRS' tax-exempt application review process.

While the TIGTA report revealed that the IRS scrutinized many more applications that just those submitted by conservative groups, the agency's use of a now infamous "be on the look out" (BOLO) list of group names has driven the investigation. 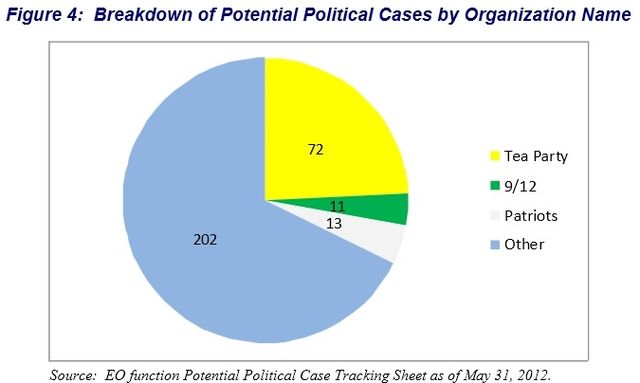 "Tea Party," "patriots" and "9/12" were among the monikers indicating conservative leanings and which tax-exempt application reviewers in the IRS' Cincinnati field office were told to watch for and potentially give extra attention.

So who will be telling the House tax-writing committee their tales starting at 10 a.m. Eastern time, June 4, in 1100 Longworth House Office Building?

"In view of the limited time available to hear witnesses, oral testimony at this hearing will be from invited witnesses only," notes the hearing announcement.

The panel has not yet released its select witness list, but I'm willing to bet they all will represent conservative groups, not others who also had problems getting the special social welfare group tax-exempt status.

However, those excluded from speaking can submit a written statement for inclusion in the printed record of the hearing.

As with previous Capitol Hill hearings, the sessions will be streamed at the committees' websites for those of us outside the Beltway.