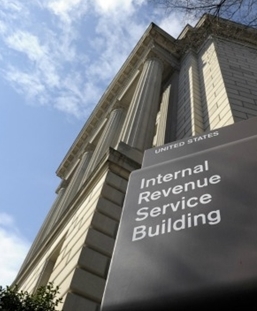 If there is one good thing about the Internal Revenue Service's ham-handed handling of political organizations' applications for tax-exempt status, it's that the fiasco has unified some heretofore diametrically opposed politicos.

Sen. Marco Rubio, the Florida Republican who rode Tea Party support into office and could be a 2016 GOP presidential nominee front-runner, and President Obama agreed today that the IRS majorly messed up in targeting conservative groups that applied for 501(c)(4) tax-exempt status. That's the official tax code designation of Super PACs that proliferated following the Citizens United decision.

"If in fact IRS personnel engaged in the kind of practices that have been reported on and were intentionally targeting conservative groups, then that's outrageous and there's no place for it and they have to be held fully accountable" Obama said in a joint press conference this morning with visiting British Prime Minister David Cameron.

"I've got no patience with it," Obama continued. "I will not tolerate it and we will make sure that we find out exactly what happened on this."

Not those from promised hearings by his Republican Congressional colleagues. Not even the Treasury Inspector General for Tax Administration (TIGTA) report on the issue expected this week.

Rubio wants action and he wants it now.

And he's made that clear in a letter he sent today to Treasury Sec. Jacob Lew. The letter reads, in part:

"Recent revelations about the Internal Revenue Service's selective and deliberate targeting of conservative organizations are outrageous and seriously concerning. This years-long abuse of government power is an assault on the free speech rights of all Americans. This direct assault on our Constitution further justifies the American people's distrust in government and its ability to properly implement our laws. ...

[I]t is clear the IRS cannot operate with even a shred of the American people’s confidence under the current leadership. Therefore, I strongly urge that you and President Obama demand the IRS Commissioner's resignation, effectively immediately."

No one to fire: There's just one problem. Technically, there is no IRS commissioner.

Steven Miller is the acting commissioner. He took over as temporary caretaker of the agency following the Nov. 9, 2012, resignation of Douglas Shulman, who served six years after being appointed to the top tax post by Pres. George W. Bush.

That means Shulman was in charge during the over-zealous examinations of tax-exempt applications by self-professed Tea Party and Patriot groups.

So what Rubio wants has actually happened.

Others will pay the price: Position parsing aside, I expect that some IRS heads will roll.

The likely candidate is the woman who brought this matter to more public light on Friday, May 10, by issuing an apology for the actions while she was speaking at an American Bar Association event.

Lois Lerner is director of exempt organizations in the agency's Tax Exempt and Government Entities Division. She told the gathered attorneys last week that "low-level" employees in the Cincinnati branch of that division were responsible for the targeting of conservative group applicants.

Are those folks and their bosses and even, as some right-wing politicians and pundits have proclaimed, the Obama White House part of a larger IRS conspiracy that helped propel the president to a second term?

As I note in my Bankrate Taxes Blog post today, the assessment by Napoleon Bonaparte seems to fit this situation perfectly: "Never ascribe to malice that which is adequately explained by incompetence."

That said, some of those workers who conducted the examinations might be reassigned.

And someone more official <cough ... Lerner ... cough> will likely pay with her job.