New IRS chief is in, another IRS exec is out, Tea Party threatens legal action and Congress has lots of questions

The Internal Revenue Service has become the ultimate reality show.

Although the way the agency dealt with a crush of applications from organizations seeking tax-exempt 501(c)(4) status began in the summer of 2010, the public spotlight was turned on in full force on May 10. That day, an IRS executive publicly apologized for the way some employees sorted certain applications for closer review.

That's when "As the IRS Turns in the Wind" programming began.

Cable news channels began extensive coverage of how the IRS used group names, such as Tea Party or Patriot, to review the applications and, in some cases, ask for more information.

So what's the latest story line in the continuing IRS soap opera?

Settle in. It looks to be a long and very special episode.

A second IRS exec is out: Joseph Grant, who had served as deputy commissioner for the IRS' Tax Exempt and Government Entities division, will retire on June 3.

Grant joined the IRS in August 2005 and became the deputy commissioner of the tax exempt division in 2007.

Grant was promoted to the division leadership spot just last week, two days before the IRS confirmed the mishandling of tax-exempt status requests.

This is the same division where Lois Lerner, the IRS employee who apologized on May 10, is director of exempt organizations.

Spoiler alert: Lerner's presence has been requested at a hearing next week of the House Oversight and Government Reform Committee.

But I don't want to get to ahead of myself. We'll save a preview of that upcoming inquiry for a future post. 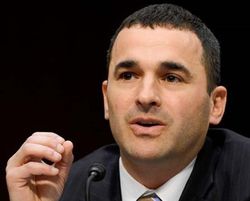 New acting IRS chief is named: While Grant was packing up his personal belongings, a White House budget official was getting ready to move his stuff into the IRS building.

Werfel, 42, goes to the IRS from the White House Office of Management and Budget (OMB) where he was controller and charged with planning implementation of the sequester.

By many accounts, Werfel has a reputation as a nonpartisan problem-solver. In selecting him, Obama noted, "Throughout his career working in both Democratic and Republican administrations, Danny has proven an effective leader who serves with professionalism, integrity and skill. ... Danny has the experience and management ability necessary to lead the agency at this important time."

Werfel worked for former IRS Commissioner Mark Everson, a George W. Bush appointee, when Everson was at OMB. In speaking with MSNBC today, Everson praised Werfel and said Werfel "has a real knowledge of government and that's a tremendous advantage when you're dealing with something as sprawling as the IRS."

Some in the GOP, however, are characterizing Werfel as a political insider.

So the drama continues.

Tea Party threatens to sue: And since we live in the most litigious society in the world, you knew this was coming.

"This is not only unconstitutional, it is illegal," said Jay Sekulow, chief counsel for the American Center for Law and Justice (ACLJ), at a news conference attended by Tea Party representatives and Members of Congress.

The conservative civil-rights group says it is representing 27 organizations that were targeted for extra scrutiny because of their political positions. A lawsuit is expected to be filed next week, said Sekulow.

As I suspected (and mentioned in my post about Obama's three-point plan to clean up the IRS), the hope of nonpartisan cooperation is a pipe dream.

Questioning of Miller by Republican members of the tax-writing committee got quite testy at times.

Several Democrats also used their time more to deflect accusations of Obama White House involvement in the over-zealous reviews than to ask questions about the bungled process.

If you missed the live broadcast, you can go to the C-SPAN tapes. 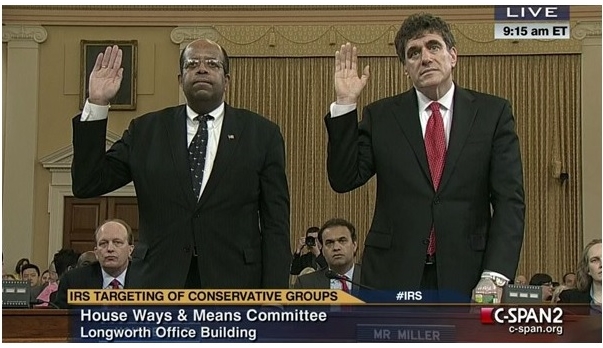 Yes, the almost four hours of political posturing hearing questions and answers is broken into two video recordings. Perfect for some weekend viewing.

Enjoy and stay tuned. "As the IRS Turns in the Wind" will be back next week and likely for a full summer run.