Is the online sales tax bill unstoppable? The House will decide

As expected, the Marketplace Fairness Act breezed through the Senate.

Late Monday (May 6) afternoon, the Senate approved the measure that would require most of the country's online retailers to collect sales tax on purchases based on the rates in the buyer's home city, county and state.

The bill and the subsequent votes -- the procedural one that came earlier to allow yesterday's final passage -- are rare in these usually politically partisan times.

S. 743 was introduced in the Democratically controlled Senate by a Republican, Sen. Mike Enzi, from a conservative western state, Wyoming. However, it received broad bipartisan support. 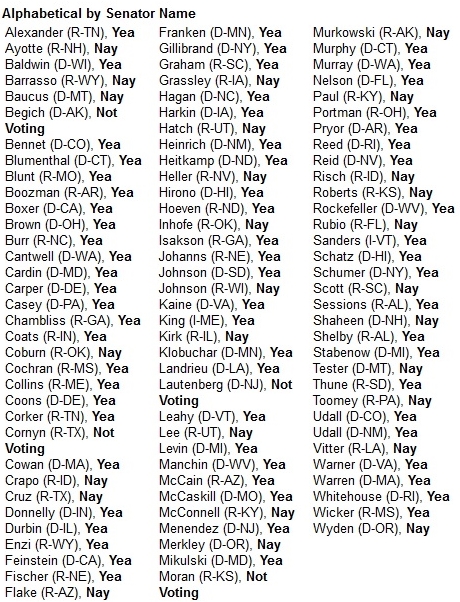 Click the image to go to the Senate's official vote page for more on the measure.

But as I noted at Bankrate Taxes Blog, the tax bill is not guaranteed such a warm welcome on the other side of Capitol Hill.

The Republican House has more members who are skeptical about any kind of federal involvement and who are staunchly opposed to taxes. For them, the online sales tax bill hits a sour note on both of those counts.

And while the Marketplace Fairness Act has the definite numerical edge when it comes to supporters, including the online retail giant Amazon and the bricks-and-mortar sales champ Wal-mart, opponents of the bill can point to a couple of heavy-hitters, too.

The Tea Party is against the measure. Don't underestimate the power this group still has to convince lawmakers, especially those up for re-election in 2014, to do their policy bidding.

Americans for Tax Reform also opposes the online sales tax bill. The group, founded and still run by Grover Norquist and famous for the no-tax pledge it has strong-armed convinced most GOP lawmakers at all governmental levels to sign, still holds a lot a sway in Washington, D.C.

Are they -- along with the National Taxpayers Union, The Heartland Institute, eBay, the Competitive Enterprise Institute and a handful other opponents -- enough to halt the sales tax collection effort? Probably not.

The best they are likely to achieve is increase the online earnings limit at which the tax collection requirement will kick in. In the Senate version, it's $1 million online sales in a year. eBay is lobbying for an annual $10 million cap. Expect a meeting in the middle.

And that would still leave a lot of companies adding sales taxes to your future online purchases.