At every Internal Revenue Service Nationwide Tax Forum I've attended, the display table that attracts the most attention is the one touting the agency's law enforcement branch. 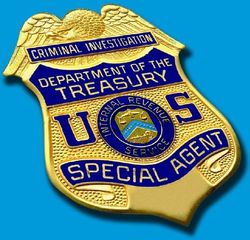 Hey, everyone remembers who took down Al Capone.

In the fiscal year that ended Sept. 30, 2012, IRS criminal investigators might not have nabbed a crook to rival Scarface, but the tax lawmen did increase their results over actions taken in 2011.

The number of investigations completed reached 4,937.

That was up 5 percent from the prior fiscal year, according to the CI unit's FY2012 annual report released on May 10.

Convictions in 2012 totaled 2,634. Even better news, the conviction rate edged up slightly to 93 percent.

The report has lots of other data, including that in the table below comparing the 2010 through 2012 fiscal years.

But this week's By the Numbers honor goes to the smaller, but significant figure of 2.7.

The report notes that the increased 2012 enforcement efforts were accomplished with 2,657 IRS CI special agents on staff, a 2.7 percent decrease in investigators compared to FY 2011 personnel.

You can peruse the 28-page report for details on notable prosecutions in 2012, as well as details on CI actions in other investigative areas including: