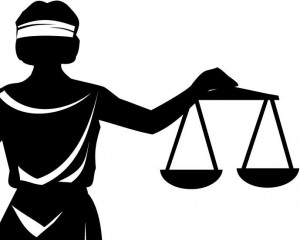 This just in from the IRS' Worst Day-Week-Month-Year Ever Department: A group of tax professionals has officially lent its support to the legal effort to stop the Internal Revenue Service from testing and requiring continuing education of certain tax preparers.

In January, a federal judge halted, at least for the time being, the IRS' Registered Tax Return Preparer (RTRP) program. The idea, formulated during the tenure of former IRS Commissioner Douglas Shulman, was to set up a system that would help ensure that more tax returns are correctly completed.

The RTRP rules do not apply to Enrolled Agents (EAs), attorneys and CPAs; these tax preparers are already regulated by the IRS under Circular 230 requirements and must meet their own professions' credentialing standards.

'Onerous,' 'disadvantageous' rules: Three independent tax preparers objected to the IRS proposal so much so that they filed suit in federal court (Loving v. IRS) in March 2012 challenging it.

They argued, with the assistance of the Institute for Justice, a libertarian law firm in Arlington, Va., that the regulations were onerous and would create a competitive disadvantage versus the groups that did not have to participate in the IRS testing system.

In January, U.S. District Judge James E. Boasberg of Washington, D.C., agreed with the plaintiffs and issued an injunction that put the IRS testing program on hold.

The IRS is appealing the ruling. No court date has been set for the next stage of the lawsuit, but both sides and their supporters have submitted briefs in connection with the issue.

Friends of test opponents: The latest filing came on Friday, May 24, when the Tax Foundation and seven independent tax preparers filed an amicus brief, or friend of the court filing, in support of Loving v. IRS.

The filing asks the appeals court to affirm the lower court's decision striking down the regulatory plan.

Tax bloggers joining the fight: Joining the Tax Foundation in the amicus filing are CPAs, Enrolled Agents and a former IRS agent. Accounting Today lists those who are part of the amicus brief filing.

Three names immediately caught my eye because in addition to being tax professionals, they also are tax bloggers: