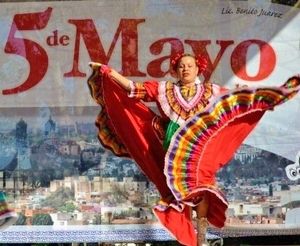 The fifth of May commemorates the Mexican army's 1862 victory over France at the Battle of Puebla during the Franco-Mexican War. It's a relatively minor holiday in Mexico, but north of the border Americans use the day to celebrate Mexican culture and heritage.

OK, we really just look for any excuse to drink margaritas and over indulge in Tex-Mex meals.

The over-eating portion of the program is standard operation procedure in our house. But now Cinco de Mayo has special meaning for the hubby and me.

We're both native Texans, but we were Texpatriates for way too long. So eight nine* years ago we decided to head back home. And on May 5, 2005, we re-entered the Lone Star State. OK, it was the Louisiana-Texas border we crossed, but it was a momentous arrival for us.

We now celebrate a little harder each fifth day of the fifth month. And today's date and its personal significance is why five, 5, cinco is this week's By the Numbers figure.

As the ol' blog's contribution to today's festivities, here are five easy tax tasks you should take care of sooner rather than later.

Uno
If you didn't file your tax return or for an extension on April 15, get your return to the Internal Revenue Service ASAP.*

The minute you missed the deadline, penalties started accruing.

Worse, the IRS might just do your return for you based on the copies of your W-2s and/or 1099s it received. The agency's substitute return won't take into account all your exemptions, deductions and credits for which you are eligible.

You know what that means. The IRS thinks you owe Uncle Sam much more than you really do. And that could result in a demand for that money and, yes, more penalties and interest.

You say you didn't get all hurried on 4/15 because you don't owe any taxes. In fact, you're due a refund.

Sure, you won't owe any extra since penalties and interest are based on your outstanding tax bill. Three percent of nothing is zero.

But what's the matter with you!?! You're due a refund and you haven't put the cash-back process in motion? You'd better get on the stick.

If you wait too long to file and collect, you could lose your refund altogether. The IRS can keep tax refunds if they aren't claimed within three years*of the original due date.

Dos
You say you didn't file because you couldn't afford to pay your tax bill. Not a good move.

Not filing a return is more costly than not paying a tax bill.

You don't have to pay your full bill with your 1040. Sure, it will end up costing you some more for the unpaid balance. But by filing the 1040, you'll at least stop the failure to file assessment.

Then you can look into alternative tax payment options for the rest of your IRS bill.

Borrow the tax cash from your family. OK. I hear you.

Then how about checking out your credit union. Loan interest rates there are usually lower than banks.

Credit card payments also could be an option, but here you will face major interest charges on your plastic's unpaid balance.

A better option might be an installment agreement with the IRS. True, Uncle Sam charges fees and interest, too, but his interest rate is much lower than more private financial institutions.

His loan application process also is easier. In most cases where a tax bill in $10,000 or less, you can't be turned down.

Get the tax payment process started by checking out the IRS' special online page with details about payment plans and installment agreements.

Tres
If you did file for an extension, complete your 1040. Just because you got six extra months to file your tax return doesn't mean you have to wait until Oct. 15 to do so.

The IRS will gladly accept your return now, well before the rest of the 10 million+/- procrastinators finally get to the job.

Full disclosure: I was one of those who put off filing on April 15.

Happy disclosure: I finished our tax forms this weekend. Our 2012 return will be on its way to the IRS in tomorrow's mail.* Nope, not yet this year.

Yes, we are filing a paper return because of some charitable contribution info we're including. But you can still e-file all the way through the October deadline. *Yep, the 2013 return will be done via computer program, but printed and paper filed again this year.

Cuatro
Since it's only been three weeks since the filing deadline, you still should have all your tax material readily available. Now is the time to get it in order, by setting up a record keeping system. This applies to business records, too.

By putting your 2012* 2013 tax documents in order, you'll be ready with answers and the all-important documentation if the IRS has any questions about your return.

And you can use this year's filing experience to set up a system for your 2013* 2014 return. The tax breaks you just claimed and the material you needed to do so is still fresh in your mind. Use that knowledge to set up a more-effective records management system.

Once it's in place, you can put this year's relevant tax documents, receipts, records and what-not into appropriate filing places as they arrive.

Then when you start filling out your Form 1040 next tax filing season, you'll have all that information right at your fingertips.

Cinco
Create a bunching strategy. This will be much easier thanks to your newly established tax record keeping system.

Bunching is what it sounds like. You group tax breaks so that you can maximize them.

But if you start tracking those expenditures now instead of in December, you'll have a better chance of meeting the deduction threshold. Or you might decide to push some costs into 2014* 2015 so you bump up the amount and claim the costs in that tax year.

That's it for now. If you'd like more tax tips, check out the May Tax Moves to make over in the right column. And you also can find a Weekly Tax Tip every Wednesday in the upper right corner of the ol' blog's page, or the running weekly tips collection* on a special page.

Now I'm off for some guacamole y cerveza! 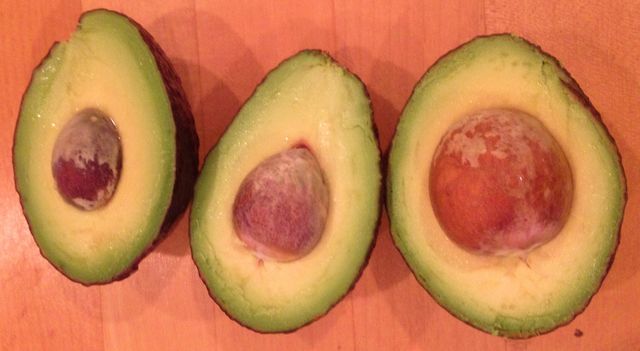