It's no secret that the United States desperately wants money from taxpayers who have tried to shield their taxable income by putting it into foreign accounts.

Then the American tax agency continued its offshore voluntary disclosure program, what you and I call a tax amnesty, which has brought in more than $5 billion in previously uncollected taxes.

And now Switzerland and the United States reportedly are close to a deal that would end the international dispute over Swiss financial institutions accused of helping wealthy Americans evade their home country's taxes.

Global efforts to end offshore accounts: But these two countries aren't alone in the battle to collect money hidden in tax havens worldwide.

And on April 19, following a meeting in Washington, D.C., the Group of 20, also known as the G-20, announced its support for an automatic exchange of tax-relevant bank information to be used as a global standard to fight offshore account abuse.

Because of that call for tax transparency issued by finance ministers and central bank governors from 20 major global economies, 20 is this week's By the Numbers honoree. 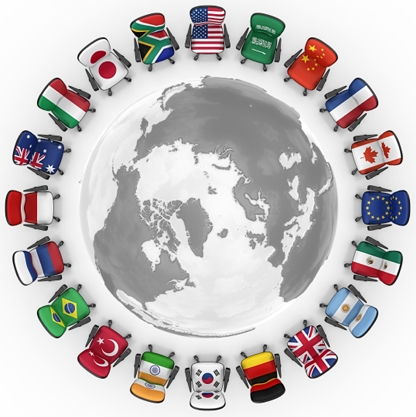 The automatic exchange of tax data, which the United States has pushed, would be a major shift among other nations. Countries currently provide such information only on request.

With an automatic exchange, however, governments would routinely transfer all foreign taxpayers' data to their home governments. This would essentially make it impossible for such account holders to hide assets from their home nations' tax collection agencies.

Growing global tax concerns: The increased interest in stopping global tax evasion has been given new urgency for several reasons.

The International Consortium of Investigative Journalists' recent report, based on millions of leaked files, blasted a spotlight on more than 120,000 offshore companies and trusts used by politicians and the mega-rich worldwide to allegedly avoid taxes in their home countries.

France's former top tax collector resigned his post and admitted that he had held an undeclared bank account, first in Switzerland and then in Singapore. Subsequently, French President Francois Hollande published the personal financial details of government ministers on France's official government website.

The Organization for Economic Cooperation and Development, or OECD, released a report (also on April 19) that found growing public outcry over international tax evasion and the perceived unfairness of the international tax system "to levels not seen since the G-20 called for increased transparency and exchange of information in 2008."

Government leaders in every country realize that politically it is always better to get tax money from residents who are trying to avoid paying up rather than to ask other taxpayers to pony up more or to give up government-supported programs.