Online shoppers are grumbling about the very real possibility that they'll soon be paying state (and local) sales tax on their purchases. 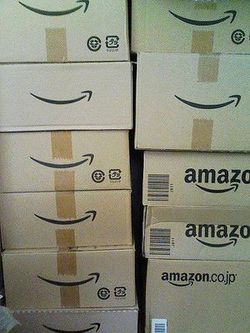 The Senate will take a final vote on its Internet sales tax bill, still referred to by some as the Amazon tax even though the online retail giant now supports the levy, on May 6. It is expected to pass and head to the House for consideration, where the outcome isn't as sure, but most expect it to be approved there, too.

Guess what. You probably should have been paying those taxes anyway.

States that collect sales taxes also have use taxes. A state's use tax usually is the same rate as its sales tax.

And as its name indicates, a use tax is levied on an item purchased without paying your home state's sales tax but which you bring back to your home to use.

That means you owe sales tax on that table sitting in your living room that you bought from an online retailer who didn't collect tax when you hit "enter."

Varying ways to collect use taxes: Many states include a line on their income tax returns where you can include your use tax amount. Here in Texas where we don't have a state income tax, we have a special separate use tax form. 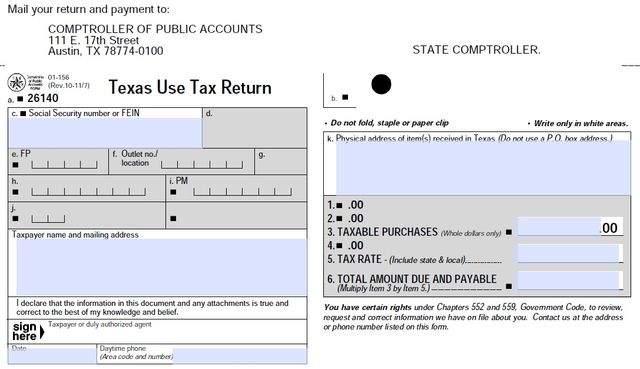 Neither use tax collection method seems to work very well.

A study by the Minnesota House of Representatives found that only about 1.6 percent of taxpayers report use tax on their income returns. My guess is that only 0.00001 percent of my fellow Texans report and remit their use taxes.

These tables are similar to the Internal Revenue Service's itemized sales tax deduction tables for each state, where you can find an average tax amount to deduct based on your income. With the use tax tables, you find the average amount of that tax, also based on your income, to pay your state tax collector.

The use tax tables make compliance with the tax more convenient since you don't have to hang onto receipts for every non-taxed purchase made while traveling, from catalogs or over the Internet.

Payment of use taxes, according to the Minnesota report, is a rate of 3.1 percent for states with lookup tables and only 0.6 percent for those without.

In 2009, Maine taxpayers reported $3.1 million in use taxes. The average use tax, include don nearly 10 percent of state returns filed that year, was $49.

But that's nothing compared to 2012 estimates.

A Governing.gov interactive use tax map shows that for the last tax year, Maine's uncollected use tax is $65.4 million, with almost half of that lost tax revenue coming from electronic transactions.

That's a perfect example of why use taxes are so often called useless taxes.

And it's why states, tired of their residents ignoring use tax laws have decided it's easier and more cost-efficient for the government offices to make sellers collect the sales taxes.