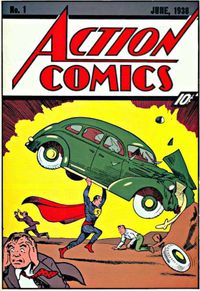 The iconic American hero first appeared on that date in 1938's Action Comics #1. The June cover date was to let newsstand owners know when to take down the publication.

Over the years, Clark Kent and his other-worldly alter ego has evolved on our television and movie screens. In June, we'll get the latest film version, Warner Bros' Man of Steel.

This week, however, one of the most well-known portrayers of Superman was hit by a bit of tax Kryptonite. 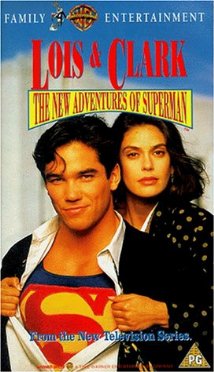 Dean Cain, who was ABC television's Superman from 1993 to 1997 in Lois & Clark: The New Adventures of Superman, is facing tax liens from both the Internal Revenue Service and California state tax collectors.

Cain reportedly owes Uncle Sam and the Golden State a total of $193,719 in overdue taxes and associated charges for allegedlly failing to pay 2011 and 2012 tax bills.

Surely the Justice League has a tax accountant and/or tax attorney who can help.

Superman through the years: The Man of Steel has appeared in many formats since his debut on the the 1938 comic book cover shown above.

Comics Alliance has compiled a cool collection of Superman art.

If video is your preferred medium, the ABC News feature below has some fun Superman 75th Anniversary tidbits.