Home Table of Contents Tax Tips Credits Deductions Refunds State Taxes Politics/Laws Tax Terms Archives
Tax moves to make in April 2013
What do you plan to do with your tax refund?

The U.S. Supreme Court hasn't always been too keen on taking tax cases.

After hearing arguments last week in the Defense of Marriage Act (DOMA) case, which was prompted by a widow's federal estate tax bill because she was married to a woman, the country's highest court then agreed to hear arguments on steep tax penalties assessed tax shelters.

Those losses, say the feds, were then used to offset gains chiefly related to McCombs' professional football and basketball enterprises. 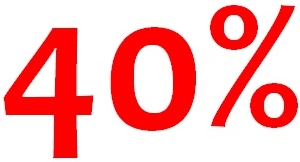 The U.S. government contends COBRA was solely created to avoid taxes. Because of that tax evasion intent, the Internal Revenue Service assessed a 40 percent penalty on the unpaid taxes that the agency said were owed.

The 5th U.S. Circuit of Appeals in New Orleans ruled in 2012 that the 40 percent penalty did not apply in the Woods/McCombs case.

So that tax dodge penalty percentage, not the merits of the case, is the basis of the United States' appeal to the Supreme Court. It's also this week's By the Numbers figure.

Tax Analysts says that the federal courts have been split over application of the 40 percent penalty, allowed by Section 6662(h) of the Internal Revenue Code if there is a gross valuation misstatement:

Section 6662 imposes a penalty for an underpayment of income tax that is attributable to overstatement of the value or basis of property. The Fifth and Ninth Circuits have adopted a minority view that the penalty does not apply to sham transactions lacking economic substance.

While the final decision will only apply to pending cases brought before 2010 (that year a new law put the 40 percent penalty on the books), court filings by Uncle Sam say that "hundreds of millions of dollars" in tax penalties hang in the balance.

Oral arguments will be scheduled when the Supreme Court's next term begins in October. The decision is not expected until June 2014.

Between now and then, you can read more about the Woods/McCombs case at Bloomberg Businessweek, Thomson Reuters, Huffington Post, Accounting Web and Accounting Today.

COBRA's other connections: While the tax shelter COBRA acronym has nothing to do with post-employment health insurance, it does have a medical connection.

The 40 percent penalty on tax transactions such as COBRA was part of the Health Care and Education Reconciliation Act of 2010. Under the law, the penalty was to apply to taxpayers found by the IRS to have made "gross valuation misstatements" on their tax filings.

And the COBRA tax shelter was developed by Ernst & Young LLP and the now-defunct Dallas law firm Jenkens & Gilchrist.

The main reason J&G closed shop was because of the variety of creative and creatively named tax shelters; along with COBRA, there was BOSS, BART and HOMER, just to name a few.

Those shelters led in 2007 to a settlement agreement between Jenkens & Gilchrist and the IRS regarding the firm's "promotion of abusive and fraudulent tax shelters and violation of the tax law concerning tax shelter registration and maintenance."