House bill would give IRS authority to regulate tax pros

We made it through prime tax-filing season with the Internal Revenue Service's proposal to regulate tax professionals in legal limbo. 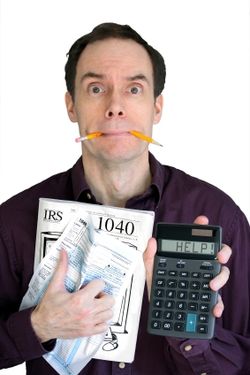 This time next year, the issue could be settled, either judicially or, if some in Congress have their way, through new law.

Senators are exploring tax reform options that would give the IRS clear statutory authority to regulate tax preparers. On the House side, the Taxpayer Protection and Preparer Fraud Prevention Act of 2013 would do the same.

Tax pro regulation recap: The IRS began rolling out its taxpayer registration and oversight program in 2010. To date, according to American Institute of CPAs data, around 700,000 preparers have applied for an identification number. Among the registrants are CPAs (212,000+/-), Enrolled Agents (42,000+/-) and tax attorneys (31,000+/-).

The remaining registered tax preparers are those independent pros that the IRS wants to regulate through testing and continuing education requirements. They would earn the Registered Tax Return Preparer (RTRP) designation.

RTRP requirements are not applied to CPAs, EAs or attorneys. Those professionals are exempted because they already must meet certification and continuing ed standards within their professional organizations.

In January 2013, the U.S. District Court for the District of Columbia ruled for the tax pros and issued an injunction against IRS enforcement of its preparer regulation program.

The court quickly modified its order to clarify that the preparer tax identification number (PTIN) requirement is allowed to continue, but IRS testing was put on hold.

The latest word from the IRS came March 28: "We remain confident in our legal authority and remain committed to protecting taxpayers through implementing reasonable standards in this area. Our appeal of the original district court opinion is being actively pursued."

But just in case the IRS loses in court, lawmakers are covering the bases, too.

Statutory tax pro regulatory authority: A key claim in the Loving case is that the IRS does not have the authority to regulate tax professionals.

Both the House and Senate would make that ability clear.

The Senate Finance Committee's working paper on "Simplifying the Tax System for Families and Businesses," says:

Regulation of Tax Return Preparers: Due to tax law complexity, taxpayers increasingly rely on third parties to prepare their returns, thereby increasing their exposure to preparer misconduct or error. In 2011, the IRS started regulating tax return preparers by requiring registration and imposing minimum competency standards. The District Court of Washington, DC recently ruled (Loving, No. 12-385 (D.D.C. 1/18/13)) that the IRS lacks the authority to regulate tax return preparers. If the IRS does not prevail in its appeal of the Loving case, it will lose an important tool to increase tax compliance and protect taxpayers from unethical tax return preparers.

The Finance Committee proposes to:

Ensure that the IRS has authority to oversee paid preparers by providing clear statutory authority for the IRS to regulate tax return preparers if the IRS loses its appeal in the Loving case.

On the House side, H.R. 1570, the Taxpayer Protection and Preparer Fraud Prevention Act of 2013, would implement and enforce policy that would allow the IRS "to certify paid tax preparers and ensure they are competent, of good character and able to render services."

If a tax pro is found to be "disreputable, incompetent or fraudulent," the bill also would allow for penalties (as yet unspecified) to be assessed against such wanting tax preparers.

And it would allow the IRS to collect a fee for such licensing.

"In these challenging economic times, the last thing hardworking Americans need is to be made vulnerable by a tax preparer that is unfit to do the job," said Rep. Cedric Richmond (D-La.), sponsor of the bill, which was introduced on April 15. "This common sense bill would provide the IRS with tools to ensure consumers are choosing from only the most competent pool of preparers when it is time to file their return."

Necessary regulation: The IRS proposal has the support of key tax and accounting groups. I am among those who think the IRS' plan is reasonable and necessary.

In the grand scheme of the millions of professionally prepared tax returns, it's true that only a handful of tax pros are caught and convicted of fraud each year. But those criminal tax pros are not the only or main target of the IRS regulation effort.

The IRS also wants to cut down on bad, error-filled returns it receives each year by requiring that paid tax professionals know what they are doing.

That's something that every taxpayer should want, too.

And it's a standard that any reputable and competent professional tax preparer also should demand.

The quality independent tax professionals are following tax law changes, staying up to date and providing their clients with reliable tax services. Down the street, however, an inept preparer is undercutting their prices and mucking up the system for all of us -- the IRS, tax pros and taxpayers alike.

A fellow blogger, The Wandering Tax Pro Robert D Flach has made his thoughts on IRS regulation of tax preparers known regularly and clearly since the beginning of this process. RDF's post following the January U.S. Court ruling is a good synthesis of what's at stake and what should be done.

In the meantime, we wait for the Loving case to work its way through the legal system and the Congressional proposals to be, if needed, considered.

It is really important that they choose these third party preparers well. It is just fitting that there is a punishment or penalties if these preparers are not doing their jobs right. These preparers must be evaluated well.