Don't become a charity scam victim in the wake of this week's terrible events in Boston and West, Texas

It's been an awful week in America.

On Monday, April 15, two bombs that went off near the finish line of the Boston Marathon killed three people and injured more than 170.

Late Wednesday, April 17, a fertilizer plant explosion leveled a portion of the small town of West, Texas, which is in the central part of the state. Fourteen people, including firefighters and emergency medical workers who were first to arrive at what started as a fire, were killed, around 60 are still missing and about 200 were injured.

Since then, and especially with today's developments in the hunt for the two men suspected of setting the Boston bombs, most of us have been glued to our television, computer or smartphone screens or our radios.

Don't fall for disaster-related charity scams: And many of us want to do something to help those who are in such pain. 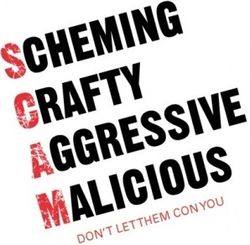 That's commendable. But you also must keep in mind that while horrific situations bring out the best in many people, they also are used by despicable ones.

Because of that, the Internal Revenue Service has issued a special notice reminding us that following major disasters and tragedies, scam artists impersonate charities to steal money or get private information from well-intentioned taxpayers with which they can steal the donors' identities.

Scam artists use a variety of tactics and schemes involving solicitations by phone, social media, email or in-person.

Some operate bogus charities that contact people by telephone to solicit money or financial information. Others use emails to steer people to bogus websites to solicit funds, allegedly for the benefit of tragedy victims.

To protect yourself against such scumbags -- my description, not the IRS' term, although I suspect if it could get away with using it in an official notice it would -- the tax agency has some tips. A couple of the items listed below also are from the Better Business Bureau.

Be wary of charities with similar names.
Some phony charities use names that are similar to familiar or nationally known organizations. They may use names or websites that sound or look like those of legitimate organizations. So pay close attention.

Don't donate too quickly.
You want to help, now, as much as you can. But beware of pressure to give or appeals that are heavy on emotions but short on specifics about what the group is doing. Remember, too, that an affected community's needs will be ongoing. Your contribution will be appreciated as much later as right away. So give yourself time to find out about charities, explore what the victims might need later and think about the causes you want to support.

Don't give out personal financial information.
Never, ever, ever give your Social Security number, credit card and bank account numbers and passwords to anyone who solicits a contribution from you. Scam artists use this information to steal your identity and money. If you want to donate with a credit card, you initiate the donation by calling or going to the legitimate charity's website yourself and making your gift that way.

Don't give or send cash.
For security and tax record purposes, contribute by check or credit card or another way that provides documentation of the donation.

Report suspected fraud.
If you suspect tax or charity-related fraud, the IRS wants to know. The agency's special Report Phishing Web page has more information on actions you can take, including emailing details of the scam to phishing@irs.gov. The IRS also has a special page on how to report general tax scams.

Look out for not so do-gooders.
Finally, the folks in West and other places who suffer structural damage in a disaster also need to be careful about whom they let help. Scammers often show up at disaster locations, offer work at bargain prices and then fail to deliver. Get everything in writing, including a permanent address and phone number for the business. Beware of possible scare tactics about the condition of your property. And don't make a large down payment or pay in full until all repairs are completed to your satisfaction.

Thanks for offering help. Just be sure to do so in a way that's best for those who need it and for yourself.