Tax penalty relief for some who file for an extension

It's been, and still is, a screwy tax filing season for everyone -- taxpayers, the Internal Revenue Service, tax preparers.

The main problem is that -- and I apologize for repeating this yet again, but… -- Congress didn't do its job properly.

By putting off critical 2012 tax legislation all of last year and then finally rolling it into the fiscal cliff bill, formally known as the American Taxpayer Relief Act (ATRA), in early January, Representatives and Senators placed huge roadblocks in this year's filing season and system. (Be sure to let your members of Congress know what you think of what they did, now and at election time.) 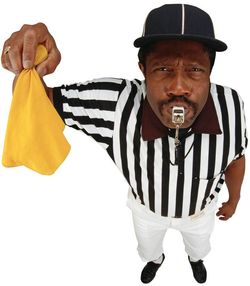 As we waited for the IRS to play catch up and update forms and its computer system, many of us came to the frustrating realization that we would have to file for an extension.

That means that IRS likely will be processing a lot more returns than usual after the April 15 deadline.

Penalty relief for late form filers: And the tax agency has announced it will not penalize some of those many taxpayers who file for an extension, but who don't pay a sufficient amount of their due tax when they submit the request via Form 4868.

So when you send in Form 4868, you also need to send in a good estimate of what you expect your final tax bill will be.

If you don't send in enough to cover your eventual tax bill, you'll be charged interest on the amount unpaid as well as a late-payment penalty, normally 0.5 percent per month.

But if you are seeking more time to file this year because you had to wait for some of the forms to be updated per ATRA changes, then you're off the tax penalty hook if you underpay when you get the extension.

The IRS announced today that the penalty relief will be automatically granted to folks whose returns include any of the 31 forms that were delayed. They are:

Form 8863, Education Credits, and Form 4562, Depreciation and Amortization, became available in mid-February, althouth many folks claiming the American Opportunity education tax credit have since had other filing problems and delays.

The other 29 forms weren't available until early March.

Again, the IRS has decided not to run the penalty meter for filers with these forms and these filers only.

But to get that consideration, you must still file for an extension by April 15.

And you still must send in a good faith estimate of your due tax to show the IRS that, in its words, you made a "good faith effort" to property estimate your tax bill.

Getting the penalty abated: If you don't send in enough money with your Form 4868, you will get a penalty notice.

Wait. Don't freak. Didn't you just read that you won't owe a penalty?

Yes, if you filed one (or more) of the 31 late-released forms listed above, the IRS is still going to erase the penalty amount included in that assessment total. But you have to tell them to do so.

When you respond to the notice, also send the IRS a letter describing your eligibility for the penalty relief; that is, tell the agency which of the qualifying forms were part of your 2012 tax return. Also be sure to cite IRS Notice 2013-24 in your assessment letter response/explanation.

The penalty relief is pretty nice of the IRS, but you really should try to make as close an estimate as possible of your final tax bill and send that amount in with your Form 4868.

Sure, you might be able to escape any tax underpayment penalty charge this year, but interest charges will continue to accrue on any tax that you didn't pay by April 15.