Those wild and crazy Californians. They were in the forefront of anti-tax measures, most notably the 1978 version of Proposition 13, which subsequently was incorporated into the Golden State's constitution and limits real estate property tax increases.

Now a local city lawmaker is looking to expand taxes.

Specifically, Berkeley City Councilman Gordon Wozniak has tossed out the idea of an email tax to help save snail mail. 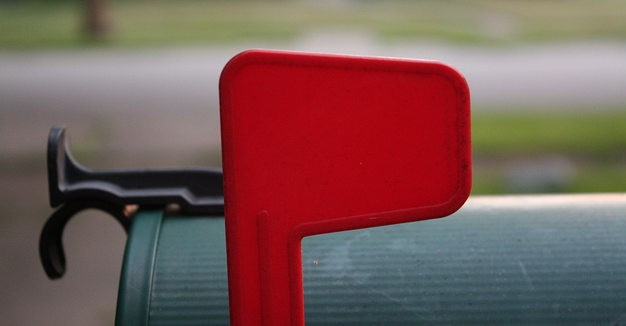 The financial straits of the U.S. Postal Service became an issue for Berkeley lawmakers when the paper mail delivery system proposed closing that northern California city's downtown post office and selling the building.

The move, said the USPS in a letter to the Berkeley city council, is part of an overall infrastructure realignment necessitated by a "26-percent drop in total mail volume over the past three years, brought about by the diversion to electronic communication and business transactions."

The Berkeley City Council this week adopted a resolution asking the USPS to postpone the local move and sale for at least a year. Wozniak went further, taking to heart the Postal Service's blaming of electronic communication for its fiscal problems.

"There should be something like a bit tax. I mean a bit tax could be a cent per-gigabit and they would still make, probably, billions of dollars a year. And there should be, also, a very tiny tax on email," said Wozniak.

Return tax idea to sender: Apparently there is as little love for the Post Office as there is for taxes.

Wozniak's email tax idea was immediately and roundly blasted as nonsense, and that was one of the nicer descriptions of the plan.

But, says Emilie Raguso in a piece for Berkeleyside, Wozniak's email tax idea is not new.

The United Nations Development Program explored such a tax in its 1999 Human Development Report. The international group estimated such a tax would raise $70 billion worldwide. That money, said the UN group, could go toward funding "the global communications revolution."

Ten years later, attorney Edward Gottesman wrote in the British magazine Prospect that an email tax would be a good way to facilitate the growing World Wide Web's expansion. Gottesman's take was that a tax would essentially eliminate email spam, thereby clearing space along the electronic communication highway.

Of course, even if you could get a majority of folks to agree to the concept of an email tax, the practicality of administering it likely would be a nightmare.

Plus, there's the not-so-little problem that such a tax is outlawed under the Internet Tax Freedom Act. That law forbids federal, state and local governments from taxing Web access and imposing Internet-only taxes.

That tax moratorium, however, is only in effect through 2014.

If Capitol Hill is still fighting about ways to fund the federal government 22 months from now, and I suspect lawmakers then will be doing just that, email taxes just might get tossed into the revenue-raising mix.

Jay, I'm a hippie at heart. Thanks to Berkeley for nurturing alternative-now-"normal" movements.

What's next? A tax on automobiles in order to subsidize buggy whip manufacturers?

Ya'll can rag on Berkeley all you want, but you'd be surprised how many of today's mainstream policies were considered radical when they were first implemented in Berkeley. It's also a poster child for the anti-corporate America that much of the country would like to emulate.

This Californian's eyebrows are ALL the way up. Definitely not ok.