The Internal Revenue Service has a Valentine present for folks claiming an education tax credit. 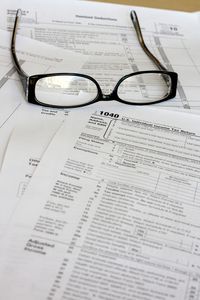 The agency has announced that on Thursday, Feb. 14, it will start processing 2012 returns that contain Form 8863, Education Credits.

The American Opportunity credit, you might recall, was set to expire at the end of 2012. But it was given new life as part of the American Taxpayer Relief Act of 2012, aka ATRA or the fiscal cliff bill. This education credit, which expanded and, for now, replaces the Hope credit, is available through the 2017 tax year.

The American Opportunity could provide eligible taxpayers savings of up to $2,500 per student for undergraduate expenses.

The Lifetime Learning credit, true to its name, can be claimed for educational expenses beyond the first four years of college. The tax savings here could be as much as $2,000 per tax return.

Which credit is best for you or the students in your family? Check out the benefits of each in this education tax credits comparison table.

Depreciation done, too: Form 8863 isn't the only ready-to-file present the IRS has for taxpayers.

The IRS will begin processing returns that contain Form 4562, Depreciation and Amortization, on Sunday, Feb. 10.

The IRS says that most of the people who use the depreciation form tend to file later in the tax season or obtain a six-month extension. Still, if you're ready to file and need it, the IRS will start working on the returns with 4562 attached this weekend.

These forms affected the largest groups of taxpayers who weren't able to file following the delayed Jan. 30 opening of the 2013 tax season, according to the IRS. By getting the forms ready, the agency says that now almost all taxpayers will be able to file by next week.

Two down, 29 to go: So who's still stuck waiting for form and computer system updates?

With the 8863 and 4562 forms moved to the "accepting" side of the tax filing ledger, that leaves taxpayers who need one or more of 29 forms affected by ATRA provisions still waiting.

The forms still on the IRS' to-do list are:

The IRS says it's aiming to be ready to handle these 29 forms (down from the 31 on the original to-be-updated list) by the first week of March.

Specific dates for specific forms will be announced as the updates to the documents and computer system reprogramming and testing is completed.

Keep your fingers crossed that the form you need will be one of those that the IRS finishes up sooner rather than later.