The chair of the Congressional panel charged with keeping an eye on the IRS has added to the tax agency's already long filing season to-do list. 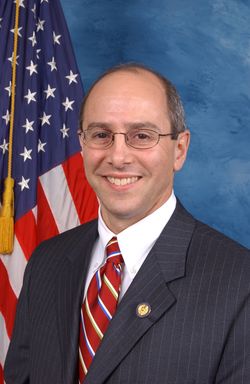 In fact, says the chairman of the House Ways and Means Committee's Subcommittee on Oversight, the IRS is sending tax professionals and taxpayers mixed messages.

The IRS website, www.irs.gov, provides a link on its homepage titled "Statement on Court Ruling Related to Return Preparers." However, unless a taxpayer is already aware of the court decision, there is no other notice on the website to indicate that the return preparer program has been changed in any way. To the contrary, the tax return preparer FAQs (Frequently Asked Questions), also available on your agency's website, read as if the invalidated preparer requirements remain in force, including the need for preparers to obtain and use a preparer identification number. This anomaly -- between the injunction and the apparent direction to continue with the program -- would seem likely to cause serous confusion among affected preparers. For these reasons, it is necessary that both taxpayers and return preparers be given clear and immediate guidance so as to avoid disruption to the 2013 filing season.

To be fair to Miller and his staff, the IRS does have a pretty full plate. The agency is still updating tax forms and instructions and reprogramming its computer system to meet the 2012 tax law changes that were included in the fiscal cliff bill enacted on Jan. 2.

Because of that process, the 2013 filing season didn't open until Jan. 30, more than a week later than usual.

And some taxpayers might not be able to file until March. That's how long the IRS estimates it will take to update 30 lesser-used forms and make sure the tax agency's computers can handle them.

And the Representative also wants some additional answers from Miller et al, including:

I'm sure the IRS will get to these inquiries and the other tasks in Boustany's letter as soon as they can.

It would be nice if one of the Louisiana politicians spoke out about the hundreds of unregistered tax preparers who are boldly opening up "professional" tax processing centers throughout Louisiana. In fact, Tangipahoa parish is now crawling with them.