Thinking about not filing a tax return? Think again unless you want to pay even more thanks to tax penalties

You've probably seen the commercial where the tax preparer mentions a client who hadn't filed returns for eight years. It happens.

There are lots of excuses reasons for not filing taxes. 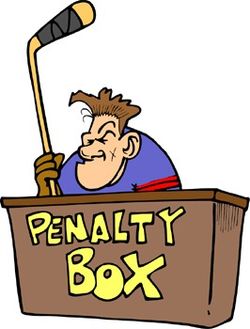 There also is a big reason for taking care of your delinquent tax duties: Penalties.

That was a recurring theme when I asked tax professionals via Facebook and Twitter what advice they give folks who've neglected to file returns.

"I make sure they understand the potential seriousness, i.e., criminal penalties, and emphasize the need to deal with it ASAP since it only gets worse," says Diane L. Gilabert, aka @GilabertTax on Twitter.

BTH Tax Blog also stresses that the penalty for not filing and owing taxes is much greater than for simply not paying. "The faster you take action, the less you will be penalized," notes BTH via Facebook.

So what is the deal with non-filing and nonpayment penalties? Glad you asked. Today's Daily Tax Tip has the details.

As the two tax pros point out, the Internal Revenue Service can whack you separately for not filing a return and for not paying what you earn.

And the IRS treats not filing as the more serious transgression.

Why? Good question. My best guess is that the IRS figures that once it gets filing documentation from you, even if you don't pay all or any of what you owe, at least you know that you owe.

And folks who acknowledge their filing responsibility are more likely to try to pay at least part of their tax bills than those who ignore not only the tax debt but also the filing process.

When you don't file, the IRS assesses a 5 percent penalty, which is calculated on the amount of tax due, for each month your return is late. This can add up after five months to the maximum penalty of 25 percent.

The failure-to-file penalty starts accruing from the deadline, including extensions, of your tax return and runs until the date you get the form to the IRS.

The failure-to-pay penalty also is based on the amount of tax you owe. The IRS charges 0.5 percent for each month your tax is not paid in full, and there is no maximum for not paying your tax bill.

The nonpayment penalty starts accruing from the April due date because there is no extension to pay, only an extension to file the forms.

Combined penalty calculations: In situations where you don't file a return and don't pay you tax liability, the IRS assesses a 4.5 percent, instead of the usualy 5 percent, for not filing along with a 0.5 percent for not paying.

Sounds like you're getting a bit of a break, right? Wrong, especially if you don't take steps to resolve your taxes.

The total failure-to-file and failure-to-pay penalties can eventually add up to 47.5 percent of what you owe: 22.5 percent for late filing and 25 percent late payment of the tax owed.

Don't forget the interest, which is compounded daily. Even at today's low rates, that adds up quickly.

If you put off filing for more than 60 days, the IRS can collect a failure-to-file penalty that is the smaller of $135 or 100 percent of the tax you owe.

More drastic penalties: If you're egregiously delinquent, you can expect the IRS to file a tax lien against you.

Most of the time we hear about liens when celebrities are hit with them, such as Arnold Schwarzenegger, Lindsay Lohan and Nic Cage. But believe me, the IRS goes after regular folks, too, to get unpaid tax money.

But I get an email announcement almost every day from the Justice Department about criminal charges it has filed against nonfamous folks for not filing or paying their taxes. These are often followed by announcements of jail time given to tax scofflaws.

So unless you want to make an unplanned move to sparse federal housing, file and pay your taxes.

And if you're in a nonfiling or nonpaying tax fix, your best first move is to hire a tax professional to help you negotiate the process in the least costly and painful way possible.

No filing, no refund: Of course, if you don't owe any tax, you might think what's the big deal about not filing?

Wendy Cassera says, via Facebook, that she had a client who hadn't filed for six years because he couldn't afford to pay his taxes.

"They caught up with him, of course, and when he brought me his tax returns and I completed them, it turns out he was due a refund every year that he didn't file," says Cassera. It came to an average of about $1,800 a year, but, she notes, he could only collect on the last three years.

"Why give the IRS almost $6,000 more than they are owed? What could you do with that money?" asks Cassera.

Why and what indeed. So file, people, file!