Yesterday I asked when will the Internal Revenue Service be ready for our tax returns?

The qualified answer is Monday, Jan. 30. 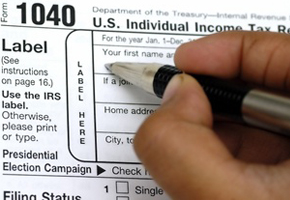 The tax agency didn't get the final word on 2012 tax year changes that are part of fiscal cliff tax bill (American Taxpayer Relief Act, or ATRA) until New Year's Day. And it expects to incorporate most of that info and be ready to handle taxpayer filings only eight days later than the originally planned tax season 2013 opening day of Jan. 22.

The Jan. 30 date will apply to folks who might be affected by the now-permanent Alternative Minimum Tax (AMT) patch and/or who want to claim the popular tax deductions for state and local sales taxes, higher education tuition and fees and educator expenses. Updates for the 2012 tax year for all of these items were part of ATRA.

"We have worked hard to open tax season as soon as possible," IRS Acting Commissioner Steven T. Miller said. "This date ensures we have the time we need to update and test our processing systems."

Later for some: Now to that word "qualified" when it comes to Jan. 30.

The IRS says that while the Jan. 30 filing acceptance date should accommodate the "the vast majority of tax filers," which comes to more than 120 million households, millions of other will have to wait.

How long? Until late February or into March because their returns will require inclusion of less common tax forms that the IRS must update and integrate into its computer processing system.

You could be part of the further-delayed filing group if you claim residential energy credits, depreciate property or take general business credits.

The IRS priotitized its updates and the hope is that most of the taxpayers who must wait to file won't notice the delay. The IRS has posted the full list of forms that it won't be able to process until the end of February or in March.

The tiny silver lining is that most of the affected taxpayers typically file more complex tax returns and tend to finish their returns closer to the April 15 deadline or obtain an extension.

And if you're actually ready to file before then but have to wait for one of these forms, then be sure to thank your Congressional delegation, especially if it means you'll be waiting on a refund.

Don't push it: If you file a paper return, the IRS says sending it in before the Jan. 30 date won't do you any good.

The IRS will not process paper tax returns before the anticipated Jan. 30 opening date.

The better move, says Miller, is to file electronically.

With e-filing you can go ahead and get your taxes off your desk and into the hands of the e-file company.

Most tax software programs will accept your completed tax return any time you're ready before Jan. 30, then hold it and all such pre-filed returns and send them to the IRS when it's ready to process them.

When will you file? Does the IRS announcement affect when you plan to fill out your return?

Let us -- me, readers of the ol' blog and gthe IRS -- know by taking part in the poll below.

Avoid future waits: We've been through these delayed filing seasons before. And given Congress' awful penchant for dealing with legislation at the last possible minute, we likely will see late starting filing seasons in the future.

The extenders provisions that were OK'ed on New Year's Day only last through Dec. 31, 2013. We could see a similar wait on their continuation for future tax years.

Such delays are particularly annoying if you're expecting a refund, which most people get.

If you are expecting a big tax refund this year, adjust your 2013 withholding now so that you will have access to your money throughout the year and not have to wait until January 2014 to ask Uncle Sam for it.