It's baaaaack and for some folks it is as scary as the ghosts in Poltergeist.

It is the full 6.2 percent payroll tax once again being collected from employees.

The so-called payroll tax holiday was created to give workers more spending money incrementally throughout the year in the hope that they would pump the cash back into the stumbling economy.

Although we've technically been out of recession for a while, things still aren't all that rosy. So there was some Capitol Hill talk in late 2012 about extending the payroll tax cut, which always was envisioned as a temporary stimulus measure, for at least one more year.

That idea was nixed when the fiscal cliff talks bogged down.

Now we wait to see how much of an effect the higher withholding rate will have on Americans and on the businesses they patronize.

Tax Policy Center analysts estimate that the full 2013 payroll tax will mean an average loss of about $740 to every worker.

And that loss of disposable income already has been named as a possible reason for one discount store chain's recent lackluster financial numbers.

A dent in paychecks and businesses' bottom lines: The stock price of Family Dollar stores, one of the biggest dollar store chains in the country, sank 13 percent Thurday after the company reported earnings that fell short of analysts' projections. 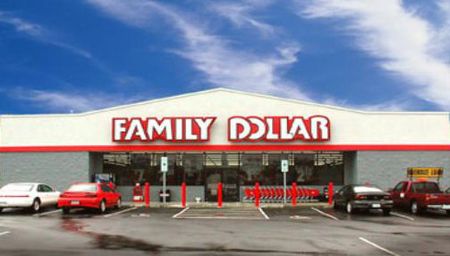 Family Dollar CEO Howard Levine told conference call participants that customers of the discount retailer used their cash in December for "basic need" items instead of spending on discretionary purchases such as Christmas toys.

Peter Keith, an analyst with New York-based Piper Jaffray & Co., also noted in his take on the Family Dollar slump that consumers may trim discretionary spending even more once they feel the full impact of the loss of the 2 percent tax cut.

The payroll tax cut "expiration is a more meaningful impact on lower income spending capacity," which is the core of dollar store clientele, than are the income tax increases that will apply in 2013 to upper income households under the recently-enacted fiscal cliff tax bill, Keith wrote.

Brian Sozzi, chief business development officer of NBG Productions, was more blunt. "This hurts seriously," said Sozzi, adding that Americans will feel "payroll shock" when they get their first checks with the higher rate.

Taking it online: The backlash against the return to the 6.2 percent rate is already being felt on social media.

A steady stream of comments is filling up the Twitter thread #WhyIsMyPaycheckLessThisWeek. There are 140-character or less remarks from all types of political partisans, as well as "explanations" from conspiracy theorists, flat-out angry employees, a lot of confused folks and not so bon bon mots from wannabe comedians.

Will the online complaints prompt Congress to reconsider reinstating the payroll tax cut? Probably not.

Although such public outcry managed to get the tax cut extended throught 2012, that was a major battle.

And many folks opposed the cut in the first place, arguing that it was unwise to undercut funding for Social Security. They were quite pleased that it faded away as scheduled and would fight to keep it at 6.2 percent.

Another form in the future? It's no secret, however, that Obama would like to provide some other type of stimulus program, perhaps something similar to the Making Work Pay tax credit that the temporary payroll tax cut replaced.

But the president and Congress have three mini-cliffs to keep from tripping down in the next two months: sequestration, those domestic program and defense department spending cuts that were pushed back by the fiscal cliff bill; raising the debt ceiling; and finding money to keep federal offices nationwide open.

It's possible a stimulus component could be part of one of those deals, but that presumes everyone would be willing to negotiate a bit more rationally than they did over the fiscal cliff.

If, however, other major retailers see a drop in shopping and their execs and shareholders believe the loss of business is related to reduced consumer income, their complaints could get lawmakers moving on ways to get more spending money into potential customers' hands.

So keep your eye not only on your smaller 2013 paychecks, but also on corporate earning reports.