Attention Baby Boomers: Your aging parents could be in financial trouble

Pardon me for detouring from strict tax topics, but an article in today's New York Times about widows in foreclosure floored me.

Homeowners over age 50 are facing the loss of their homes at the fastest pace of any age group.

Women are a big part of that statistical segment because, reports the paper, they tend to outlive their spouses and are unable to cope with cuts in their pensions, ballooning medical costs and the fine print on their mortgages. 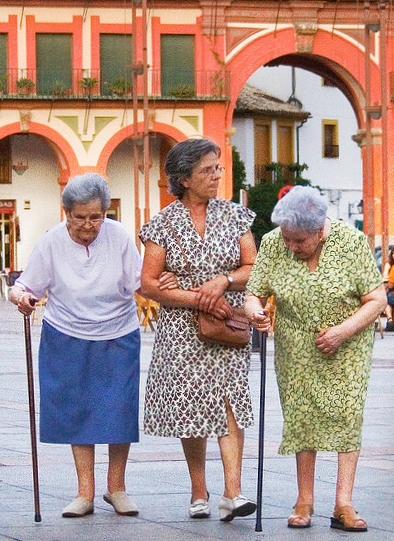 OK, I see not saving enough; that's a problem for every age group.

I also get relying on a husband's usually larger pension and then having to deal with reduced survivor benefits.

But the mortgage situation, that confuses, dismays and astounds me.

Guests in their own homes: Apparently a lot of these women were never on their home's mortgage loan.

I know, many of them didn't hold outside jobs, so they had no income to be considered when the loan was made. Still, I'm betting that many of them were in charge of writing the monthly mortgage checks.

And now, with their husbands gone, many of these older women are finding that they can't get help from their lenders to modify the loans because they aren't officially party to the mortgage.

I guess they were apparently living there thanks to their husbands' (and the banks') largess. Riiiight.

So because their names aren't on the paperwork, they were essentially and officially guests in their own homes. And now they are facing the loss of those residences.

I cannot imagine that happening to younger couples -- not the foreclosure; unfortunately, that hits all age groups -- but couples and families depending on just one income. In most cases nowadays both spouses work and it takes their two incomes to purchase a house or even a car.

And while it's not good that costs demand dual earnings, at least it guarantees that husbands and wives are involved in each other's and their family's finances.

More bad money news for seniors: The older women cited in the New York Times story also are part of another statistic the article cited: older Americans are saving less and borrowing more.

Debt for Americans ages 65 to 74, according to Federal Reserve data, is outpacing any other group.

And those two ages, by virtue(?) of bracketing the increasing debt segment of the U.S. population, earn the distinction of being the first dual By the Numbers selection.

I've seen it happen in my own family. It's a shock when you discover that an older relative whom you had always thought was so on top of things is in money trouble.

Because they are the adults, even though their children are now eligible (OK, nearly eligible) for AARP membership, they're ashamed to tell the kids about the financial difficulties. And the money mess continues to get worse until it reaches a point where someone has to step in to help.

I know it's harder to talk to your parents about money, especially their money, now than it was when you were a preteen asking for a bigger allowance. But you need to have that discussion and ASAP.

Hopefully, your folks are in OK financial shape.

But if they're not, everyone is better off finding out sooner rather than later.

You can find some ideas on how to approach your parents about their financial well-being, as well as some warning signs to look for in aging parents, in a couple of my stories for Austin Woman magazine: When Roles Rever$e and Seven Signs an Older Parent Might Need Help.

And if you have brothers and sisters, get them involved, too. My Bankrate.com story offers tips on how to create a successful family plan for your parents' needs.

Hi! I simply would like to offer you a huge thumbs up for the excellent info you've got here on this post. I will be coming back to your website for more soon.