Pay no tax before it's time. That old tax axiom generally is good advice.

But not necessarily this year.

That's why Prancer, one of Santa's trusty sleigh pullers, says higher income folks should consider springing into action before the end of 2012 and selling appreciated assets. 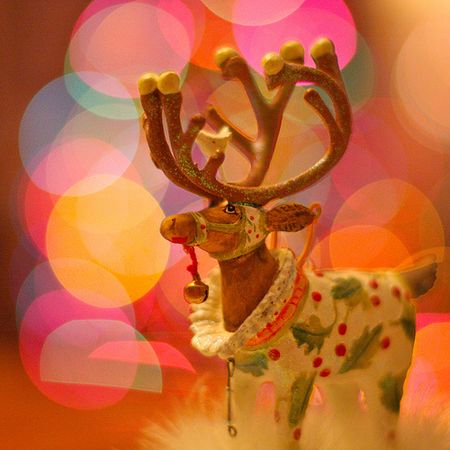 Dasher and Dancer offered their advice earlier. Each day through Friday, Dec. 21, each of Santa's trusty transportation team will provide a year-end tax tip.

Tax move turnaround: The suggestion to bring in more money now is counter to the traditional year-end tax advice to defer income, including capital gains, in order to lower the amount on which you'll owe tax when you file.

But a lot of things have flipped end-of-year tax moves on their heads.

And second, we have Congress futzing around as to what to do about those rates.

Right now, with no fiscal cliff deal in sight, it looks like higher income taxpayers will face both higher individual tax rates and bigger tax bills on their investment earnings in 2013.

If you're in the upper income brackets, you can sell your appreciated assets in 2012 and lock in the still-in-effect 15 percent capital gains tax rate.

Gains tax could be up to 23.8 percent: On Jan. 1, 2013, the capital gains tax rate will return to 20 percent. In application, however, it will be even higher for wealthier investors.

Beginning next year, those making more than $200,000 ($250,000 for joint filers) also will face a 3.8 percent Medicare surtax on their investment earnings. This is a provision of the Patient Protection and Affordable Care Act, usually referred to as Obamacare, and isn't related to the current debate over tax rates.

That will push the capital gains tax rate to 23.8 percent for affected investors.

But some investors who make much, much less also might want to consider selling assets that have appreciated over the years. Folks in the 10 percent and 15 percent tax brackets own no tax on long-term capital gains taken by Dec. 31.

No wash sale worries: But what if you really, really like the stock and think it still fits in your overall investing strategy? Then buy it back with the money you made on the sale.

I know. You're thinking, "What about the wash sale rule?"

That only applies to losses, not gains. The wash sale rule that prohibits purchasing the same stock you sell either 30 days before or 30 days after the sale is designed to keep your from making the sale just to claim a loss.

But when the Internal Revenue Service gets taxes from you on gains, it doesn't care if you immediately buy the same stock you sold.

So take the gain -- and lower tax bill -- in 2012 on a holding that has appreciated substantially in the years you've owned it. Then since you believe it will continue to increase in value in the coming years, repurchase it.

In addition to paying less this tax year, you reset your basis in the stock. And that will help your tax situation when you sell the asset in future tax years.

Taking a chance: Of course, you're betting that Congress won't come to some fiscal cliff deal before Dec. 31. The odds on that keeping shifting, so you have to decide whether you want to take the chance of facing a higher tax rate in 2013 and beyond.

But if your personal situation makes selling appreciated assets now a wiser move than waiting, then you've still got a few business days left in the year to make Prancer's recommended year-end tax move.