It's the last time you'll see that small of a FICA withholding amount.

Since January 2011, the amount of FICA, sometimes indicated as Social Security tax on pay stubs, taken out of workers' paychecks has been 4.2 percent. That will change on Jan. 1, 2013. 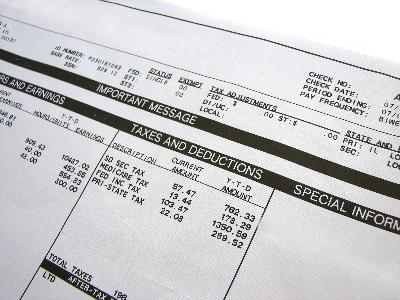 The tax cut holiday always was meant to be temporary, a short-term stimulus measure to keep folks spending during the recession.

It would, said advocates, give folks a few extra dollars each paycheck -- around $20 more a week for a worker earning $50,000 a year -- that they would spend to keep the economy from totally bogging down.

Did it work? Maybe.

Payroll cut refresher: The 2 percentage point cut in the employee portion of the payroll tax was instituted in 2011 as a replacement for the Making Work Pay tax credit.

After a bitter year-end battle (see a Congressional pattern here?) in 2011 that actually spilled into mid-February 2012 (see another pattern here?), it was continued through this tax year, too.

But a lot of folks didn't like the cut, arguing that it really wasn't enough to make a big difference.

And some people didn't get as much from the tax cut as they did from the prior Making Work Pay credit.

Not universally popular: And even some workers weren't all that enthused.

A lot complained that the 2 percentage point cut was negligible.

They said that they didn't really notice the extra money spread out incrementally over a full year.

They preferred a tax credit like Making Work Pay that bumped up their annual tax refunds.

Or better yet, they wanted a rebate check like they got a couple of times in previous tax years.

But in the end, the payroll tax cut was enacted and folks learned to live with the little bit of extra cash each paycheck.

Short-lived effort to keep tax cut: For a while, it looked like the payroll tax cut might be saved. Obama included it as one of the stimulus components he wanted in a fiscal cliff deal.

But as the political haggling over how to keep from going over the fiscal cliff or, more accurately, stumbling down the fiscal slope dragged out, the payroll tax cut was dropped.

And I bet even those who said the tax cut wasn't that significant will definitely notice the few extra payroll tax dollars when they start coming out of their paychecks in 2013.

If you're concerned about how to deal with the return of the regular payroll tax rate, check out Miranda Marquit's tips on how to cope with the impending lost income.