Unless you're a couple of tax professionals, the Internal Revenue Code probably had very little to do with your courtship.

But the truth is, taxes can be a big part of every relationship.

For most of us (and soon maybe more of us after the Supreme Court hears an estate-tax related same-sex marriage case), our tax laws have an effect on us once our relationships move to the "I do" phase. 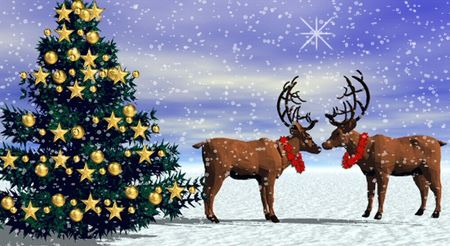 That's right. If you and your sweetie zip off to Las Vegas and tie the knot in one of Sin City's famous wedding chapels on Dec. 31, then Uncle Sam considers you married for the full year.

This penalty is a bigger tax bill that some couples faced when they filed a joint return. If they had just filed as two single taxpayers, the total of the two separate amounts they owed the U.S. Treasury would have been less than their one wedded tax bill.

The Bush-era tax laws evened things out a bit, widening tax brackets and making the standard deduction for a married couple twice that of a single filer.

But if we fall off the cliff, legally hitched couples can add the marriage penalty to the list of tax troubles they'll face.

So you might want to think about moving up the ceremony so you can at least be sure you'll have one return filing together without a big marriage tax penalty.

Divorce on Dec. 31: The year-end relationship status also works the other way.

If you were married for the full year and your divorce became final on Dec. 31, then the Internal Revenue Service considers you a single taxpayer (or head-of-household if you got the kids in the breakup) for the full tax year, not just for one day.

Now Cupid and I aren't saying you need to take tax laws into account when it comes to matters of the heart. But it doesn't hurt to know that they could have an effect.