Enjoy your online Christmas shopping Massachusetts residents. When the 2013 holiday shopping season rolls around, Amazon will start collecting sales tax from you. 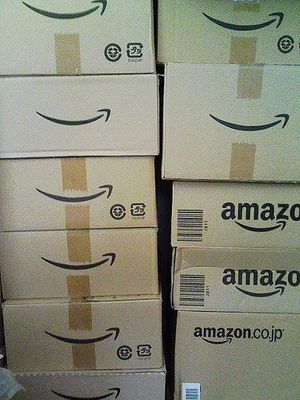 The popular Seattle-area online retailer struck a deal with the Bay State to begin collecting its 6.25 sales tax from in-state purchasers beginning Nov. 1, 2013.

This adds to the growing list of states where Amazon already is or will soon start collecting sales taxes.

States where residents soon will see taxes on their Amazon invoices are New Jersey, Massachusetts and Virginia in 2013; Indiana, Nevada and Tennessee in 2014; and South Carolina in 2016.

The deal was reached after months of negotiations between Massachusetts officials and Amazon, which had acquired an in-state technology firm earlier this year and recently opened an office in Cambridge.

Unlike agreements made with other states, the Massachusetts deal appears to be the first time that Amazon has agreed to collect sales taxes without facing a lawsuit or offering to postpone the tax process in exchange for a distribution center in the state.

The company is, however, reportedly planning to create hundreds of high tech jobs in Massachusetts in coming years.

"I value the contributions large and small employers alike make to Massachusetts' economic vitality, and this agreement captures that," said Patrick in a statement announcing the deal. "We are thankful Amazon was willing to come to the table and we will continue our conversations with them about creating jobs here. This agreement is a win for all sides, and I am pleased it promises to generate millions in long-term revenue for the Commonwealth."

Federal deal, too? In addition, Massachusetts officials and Amazon executives plan to work together to get Congress to the enact federal legislation to resolve the sales tax issue nationally.

The Massachusetts deal comes on the heels of major lobbying by state lawmakers who were in Washington, D.C., in early December for a National Conference of State Legislatures meeting. They took time then to visit Capitol Hill and encourage members of Congress to pass the Marketplace Fairness Act, which would give states with the ability to collect sales taxes on online purchases made by state residents.

"Federal legislation is the only way to level the playing field for all sellers, the only way for states to obtain more than a fraction of the sales tax revenue that is already owed, and the only way to fully protect states' rights," said Paul Misener, Amazon vice president of global public policy, at the announcement of Massachusetts deal.

"Massachusetts and other states will receive the majority of the revenue owed only when Congress passes federal legislation, and we encourage Congress to act," said Gonzalez.