TV ad blasts, and taxes, from presidential campaigns past

Tired of all the campaign commercials? Hang tough. They're almost over.

As a diversion from the Obama, Romney and Super PACs ads, check out presidential TV spots from campaigns past.

The Living Room Candidate: Presidential Campaign Commercials 1952-2012 is an online exhibition of more than 300 television commercials from every election year since 1952, when the first campaign TV ads aired.

Yes, the most famous of all political commercials, the Daisy Girl ad that President Lyndon Johnson's campaign ran only once as a paid ad, is there. 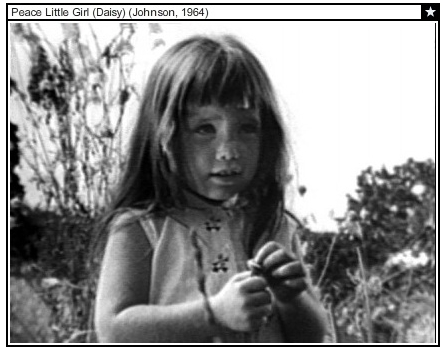 The ad ran on NBC on Sept. 7, 1964, during Monday Night at the Movies. It juxtaposed a scene of a little girl happily picking petals off of a flower and an ominous countdown to an atomic bomb explosion.

The goal was to paint Republican candidate Barry Goldwater as an extremist who would lead America into a nuclear war.

It worked. Johnson won in a landslide.

You can check out all the ads via the site's searchable database, which lets you find the TV spots by year, type and issues.

Taxes as ad pegs: Taxes have made it into several campaign ads over the years.

Reagan countered by defining "Mondalenomics" as nothing more than higher taxes. The irony was that the day before Mondale accepted the Democratic presidential nomination, Reagan had signed a bill that raised taxes by $50 billion.

Despite the Republican president's tax increases, Reagan was able to tag Mondale as a free-spending Democrat and won the most lopsided electoral victory since 1936.

Ross Perot, the Texas businessman who ran against George H.W. Bush and Bill Clinton in 1992, attacked trickle-down economics in not only his famous charts, but also in TV ads.

Taxes also were a big part of the 2000 campaign for the White House.

The Gore ads, however, failed to demonstrate any major difference between the two candidates.

Maybe that's part of the reason that the 2000 election produced the closest presidential race in U.S. history.

What presidential ads do you remember? Are there any other ads that you think made as big a difference to an election as did the LBJ daisy/bomb ad? Willie Horton, perhaps? Maybe Morning in America.

What ads do you think went too far? Willie Horton gets tagged here, too.