Veterans Day thanks, from our hearts and via tax benefits

World War I officially ended when the Treaty of Versailles was signed on June 28, 1919.

That cessation of hostilities on Nov. 11, 1918, is generally regarded as the end of what was then dubbed "the war to end all wars."

Unfortunately, the hope that there would be no more wars was not borne out and fighting continues at this moment in too many places across the world.

But on this Nov. 11 we still hearken back to President Woodrow Wilson's proclamation on Nov. 11, 1919, of the first Armistice Day and his words about this special day:

"To us in America, the reflections of Armistice Day will be filled with solemn pride in the heroism of those who died in the country's service and with gratitude for the victory, both because of the thing from which it has freed us and because of the opportunity it has given America to show her sympathy with peace and justice in the councils of the nations…"

Armistice Day began as a day set aside to honor veterans of World War I, but after U.S. troops were called to action in World War II and Korea, Congress revised the Armistice Day designation to Veterans Day. 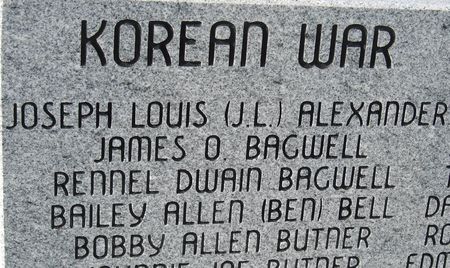 Memorial in my dad's West Texas hometown commemorating residents who served in or during various wars. My father was a member of the U.S. Navy and then the Navy Reserve during Korea.

And on June 1, 1954, Public Law 380 took effect, declaring that Nov. 11, regardless of what day of the week on which it falls, would henceforth be a day to honor American veterans of all wars.

Tax law says that former service members do not have to include in income any veterans' benefits paid by the Department of Veterans Affairs (VA).

According to Internal Revenue Service Publication 17, that means that the following amounts paid to veterans or their families are not taxable:

Training, transition help for vets: For veterans who are looking for help in their post-military service transition to the civilian work force, The VOW to Hire Heroes Act of 2011 offers assistance through expanded education and training opportunities for veterans.

Under the VA's Veterans Retraining Assistance Program (VRAP), unemployed veterans can get up to 12 months of training assistance. The U.S. Department of Labor will offer employment assistance to veterans who complete the program.

The 2011 revisions to the Hire Heroes Act added two new categories to the existing qualified veteran target group and made the Work Opportunity Tax Credit (WOTC) available to certain tax-exempt employers as a credit against the employer's share of Social Security tax.

Employers can claim the WOTC for hiring qualified veterans who begin work before Jan. 1, 2013.

The business tax credit can be as much as $9,600 per qualified veteran for for-profit employers or up to $6,240 for qualified tax-exempt organizations.

The precise amount of the credit also depends on a number of factors, including the length of the veteran's unemployment before being hired, the number of hours the veteran works and the veteran's first-year wages.

State tax issues for veterans: Many states also offer veterans benefits. In many cases, they include special exemptions or discounts on fees and taxes.

Military.com has a directory of each state's veterans programs and benefits, including any tax breaks.