Just more than a year ago Denmark instituted a fat tax.

Foods containing more than 2.3 percent saturated fat were subject to the surcharge that was projected to raise billions for the kingdom. 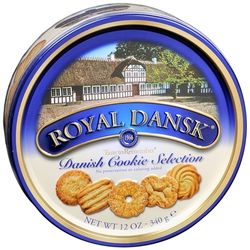 Oh yeah. The tax also was supposed to make the country's residents healthier as they eschewed the more costly fatty foods.

Now the fat tax is history. A planned sugar tax is dead, too.

Danish officials are still concerned about their citizens' health. But the financial well-being of Danes also was a factor.

The fat tax, said the Danish tax ministry, had led to inflated food prices. And the tax's increased administrative costs had put Danish jobs at risk.

Fat tax out, soda tax in: At almost the same time that Danish officials were repealing their country's fat tax, Ireland's Health Minister was contemplating an excise tax on sodas.

A study by the Irish Department of Health's obesity committee reportedly recommended the soda tax.

If they're anything like U.S. beverage consumers, the tax won't be popular.

Voters in two California cities last week rejected ballot initiatives that would have added taxes to soft drinks purchased in their jurisdictions.

And the New York City ban on oversized sugary beverages, scheduled to take effect next March, already is facing a legal challenge.

Be honest about the reasons: Individual choice obviously is a major reason why most people are not fond of governmental attempts to force them via taxation to take certain actions.

But even more annoying are attempts by lawmakers to characterize the proposed laws and regulations as concern for public health. In most instances, the new tax is used at least in part to fund educational or health programs connection to the perceived bad actions of taxpayers.

I'm sure that's a part, but the fine art of legislatively shaping social policy is a very small part.

And although some sin tax supports say it works -- they point to young people who've quit smoking or didn't start because of cigarette taxes -- it's not a sure bet to reduce the particular activity that is hit with a tax.

I'm a former smoker. I was puffing almost three packs a day. And that was when I was young and didn't have that much discretionary income. I was aware of the cost and I countered it by buying cartons, which was more economical than picking up single packs. But money, or less of it because of tobacco taxes, didn't make me stop smoking.

What did? The hubby. He never liked my nicotine habit, so on his birthday the first year we were married my present was to quit smoking. As soon as I finished the last pack I owned (never wanted to be wasteful!), I never lit up another cancer stick.

The point is, you can't tax people into doing what you want even if it's truly good for them.

It's all about the bucks: So lawmakers shouldn't even pretend that's why they are targeting our bad habits.

The main reason for the so-called sin taxes is the same as for any revenue measures: to collect enough money to keep the government running.

If they'd just be honest about that, more people might be reasonable about taxes as a whole.

It might have made a difference in California's attempt earlier this year to enact a $1 per pack excise tax. The ballot initiative was defeated in part because voters didn't want to send part of the money to cancer research programs.

They wanted all the tobacco tax money to go toward easing the Golden State's budget crisis.

Be honest with your constituents and you might be surprised at the support you get in return.

And admit that sin taxes are a poor, and usually ineffective, way to craft tax policy and raise money.

In most cases, the tax is terribly regressive, hitting those who can least afford to pay it.

Then there's the issue of what's left. I mean really, just how many potentially taxable sins do we humans have?

It makes me wonder -- and worry about -- what's next on the taxable no-no list.

You are totally right that no amount of sin tax increases will substantially change most smokers behavior.

My girlfriend still religiously smokes at least two to two and a half packs a day of cigarettes, and has for the past fifteen years since she was a teenager. She has made it abundantly clear that she has no intention whatsoever of ever quitting smoking despite the fact that new cigarette taxes have increased the price by almost $2 a pack in the past few years.

Just like when you smoked three packs a day, you probably didn't necessarily care about incremenal adjustments in the price point, if you enjoyed smoking then you did it. Or rather, I suppose if you were addicted to cigarettes and needed to smoke three packs a day, then you "enjoyed" them because they were a part of who you were. My girlfriend is the same way about her cigarettes, which besides the fact that I occasionally smoke too, although not nearly as much as she does, is why I don't try to pressure her into quitting smoking if she doesnt want to.

I think for most people its about social norms more than moderate changes in price. Taxes may be coercive, but in and of themselves, they can't make something no longer be socially acceptable or cool. They can't change culture.

Just thinking about your example: Do you think you would still be smoking three packs a day even if your husband had not disapproved of your smoking?

That question illustrates how its more about social norms than abstract effects of tax design on influencing behavior. Lets say your husband had always smoked as well, and if you had been able to do most of your work from a home office that allowed you to smoke as much as you like while at work - do you think you would have been as motivated to quit smoking three packs a day? Perhaps you might have cut back to two packs a day or less, but if the social environment you are in continues to encourage smoking, then not reasonable change in the amount of cigarette taxes are likely to change your deep desire to continue smoking.

This is the same way with my girlfriend. Not only do both her mother and sister smoke, but many of her best friends smoke as well. Also, perhaps most significantly, she works as a manager in a bar where smoking is still allowed because bars are exempted from the city smoking ban there. Thus, she is actually able to smoke while at work, a rare thing these days, and is thus surrounded by co-workers, waitresses, hostesses, etc who all smoke as well. Literally every woman she works with smoke. In that type of environment, where everyone you work with smokes, your parents smoke, sister smokes, friends smoke, significant other smokes, guess what: You'll almost certianly continue to smoke regardless of the cigarette tax increases.

I can only imagine that it will be the same way with soda taxes and other such ill concieved sin taxes.