A lot of Major League Baseball players were probably rooting for the Texas Rangers yesterday.

If the American League team had once again made it all the way to the World Series, then Rangers players and the National League champions they eventually faced would have pocketed a bit more money.

Why? Because they wouldn't have owed any state tax on earnings from games in Arlington.

Texas was the only state with a team in the hunt for the 2012 MLB title that doesn't have a state income tax.

State taxes range from 4.35 percent to 10.3 percent in the other parks where possible division championship and World Series games will be played.

In the American League we have the following teams and top state income tax rates:

The teams in the National League, and their states' top income tax rates, are:

That would give the woebegone Golden State treasury a boost with 10.3 percent being collected on the playoff money earned by million-dollar-plus ball players.

The teams' personnel and especially their traveling secretaries also would be happy since the cities are so close to each other.

And while there wouldn't be much in the way of hotel tax collections, at least concessions and series merchandise would provide added sales tax money to the state's coffers.

The least lucrative from a tax standpoint (and probably from a television-viewer based analysis as well) would be a Midwest match-up, the Tigers playing the Reds.

Not just the players: While the biggest tax bites would be to the well-paid major league players, everyone who makes working visits to the various ball parks would owe state taxes on the amounts earned while within those state borders.

If a state or county tax also is levied, those must be paid, too.

And while these levies are popularly called jock taxes, the same tax rules apply to folks who do more mundane jobs within the taxing jurisdictions, as New York State and Big Apple aggressive tax enforcement actions over the years have proved.

My playoff picks hopes: Long-time readers of the ol' blog know the hubby and I spent almost two decades in the Maryland suburbs outside of D.C.

Opening Day was a holiday in our home and we'd take that early April Monday off every year to see the first pitch thrown by an Orioles' pitcher.

We saw Cal Ripken Jr. play his first and last games. We were at games in Baltimore and Philadelphia in 1983 when the O's won their last championship.

We drove up to Cooperstown, N.Y., to see Brooks Robinson inducted into the MLB Hall of Fame. 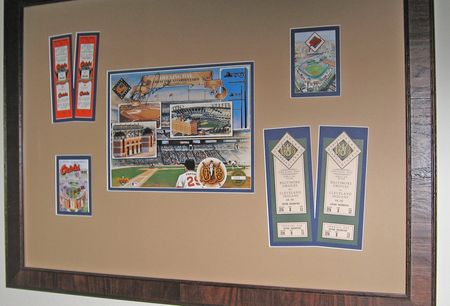 Memories of our Maryland years as Orioles fans.

And we'd love to see Baltimore and the Orioles get another World Series trophy.

A Baltimore-Washington Parkway series would be great.

Although we lived a year in a Capitol Hill apartment and I worked in the District for all the years we were in the national capital area, we're still Marylanders, albeit long-distance now.

So we're pulling for some Orioles Magic to deliver an O's win over the Nats.