When Congress agreed to a temporary increase in the federal debt ceiling in August 2011, lawmakers agreed to provisions to reduce the deficit by $2.3 trillion over 10 years.

The optimal solution was for a bipartisan Congressional super committee to reach a spending cut and tax increase deal.

But just in case that didn't happen, the Budget Control Act of 2011 called for across-the-board automatic spending cuts, known as sequestration, to take effect in January 2013.

Surely, it was argued, such a drastic financial possibility, combined with expired and expiring tax laws and election year pressures would force Representatives and Senators to take action to keep the country from going off a fiscal cliff.

"We underestimated what it takes to make Congress do something sensible," said Douglas Holtz-Eakin, president of American Action Forum, during today's Urban Institute panel discussion of the taxes and the fiscal cliff.

Fiscal cliff effects already felt: While the fiscal cliff or Taxmageddon or whatever you want to call it is still a few months away, Holtz-Eakin, a former director of the Congressional Budget Office and adviser to John McCain's 2008 presidential campaign, said we're already seeing its effects on the economy.

Businesses, especially in the defense industry, are scaling back. Investors are moving out of the stock market in advance of potential tax increases on those earnings.

The ideal solution would be fundamental tax reform. But that's not going to happen in the collapsed time frame we're facing. So most expect Congress will enact a short-term extension of the current laws when it returns to D.C. after the election.

Or, as Holtz-Eakin put it, "Congress should give in to its DNA and kick the can down the road."

That would prevent more serious economic harm from the expiration of tax laws and spending cuts.

It also would give lawmakers time to deal with fundamental tax reform and deficit reduction so as to prevent further downgrading of the United States' credit rating, said Holtz-Eakin.

Bring on sequestration: Robert Greenstein, however, believes postponing the inevitable is more damaging.

The president of the Center for Budget and Policy Priorities and a member of President Clinton's Bipartisan Commission on Entitlement and Tax Reform cited several economic analyses that favor sequestration.

Letting the spending cuts begin, said Greenstein, would force action. "We need fiscal consequences to bite a bit to generate action. Somebody will have to blink, probably both sides to some degree," he said.

And while it's true that if sequestration is in place for all of 2013 the country will head back into recession, that doesn't mean the spending cuts and higher tax rates would be in effect all year.

Greenstein characterized the economic threat as more of a fiscal slope than a fiscal cliff a la Wile E. Coyote. That means there would be time in the early stages of sequestration to make the necessary financial changes. 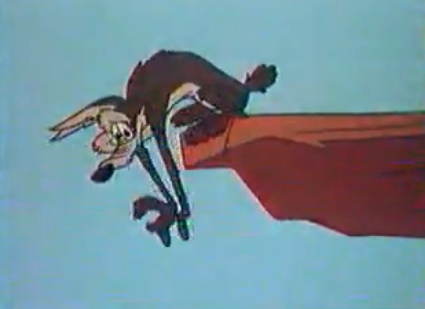 "There will be a recession if goes through the full year," said Greenstein. "Don't let it go full year."

Congressional looney tunes: I find myself agreeing with Greenstein, not because I think it's necessarily the right move, but because I also agree with Holtz-Eakin that we've yet to find the trigger to make Congress do its job properly.

As I said earlier today in my Bankrate Taxes Blog post, I have no faith in the abilities of current federal lawmakers who will return Nov. 13 for a lame duck session.

This batch of senators and representatives deserves its horrid reputation as the do-nothing Congress and I'm not convinced they'll overcome that perception after the election.

So regardless of who wins the White House, or more likely because of who wins, we'll see more partisanship in D.C., both through the rest of 2012 and into next year and beyond.

And that means we -- and by we, I mean Congress -- will march headlong and defiantly into January's fiscal mess.

Here's hoping it is indeed a slope so we can stop after a few shaky steps instead of making that long drop holding a heavy fiscal anvil.