The economy is a major presidential campaign theme, but one of the biggest economic threat -- the impending convergence of expiring tax laws and the debt reduction deal that imposes severe across-the-board budget cuts -- is still hanging out there. 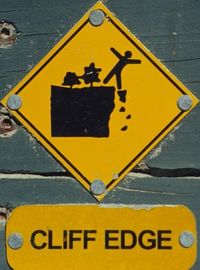 To a large degree, it's out of the president's hands.

Congress must come up with a deal on taxes and spending cuts to keep the country from falling off the so-called fiscal cliff.

And House and Senate lawmakers must do so in the few weeks that they will be in D.C. after the Nov. 6 election.

Only then will the Commander in Chief, whoever that might be, get to have his say on the deal.

There are indications from the man currently in the Oval Office that if he's re-elected, things will be very different from they way they were in December 2010.

You remember two years ago. That was when President Obama compromised -- or caved in the eyes of many Democrats -- with the GOP House over extending all the Bush-era tax cuts.

This time, word from the White House is that Obama will hold firm to his demand that higher income earners pay higher tax rates.

"Freed from the political and economic constraints that have tied his hands in the past, Obama is ready to play hardball with Republicans, who have so far successfully resisted a deal to tame the debt that includes higher taxes, Obama's allies say," according to the Washington Post.

If he wins reelection, so the thinking goes, Obama would be in the best position ever to dictate the terms of a bipartisan federal deficit-reduction deal. Even if he loses to Republican Mitt Romney, Obama could ensure that tax rates rise before he leaves office in late January.

Will he actually do that?

If Obama wins, he no longer has to worry about elections. That political freedom could give him more incentive to hold firm to his principles as he looks to shape his administration's legacy in his last four years.

One of those principles from his earliest days on the campaign trail in 2007 to now is increasing tax rates on wealthier individuals.

Re-election could indeed be the incentive to stand firm on this pledge.

The next issue then is whether GOP lawmakers would blink. Would they watch as spending cuts, dictated by the August 2011 debt ceiling deal, to programs they support, primarily in the defense area, just to protect a tiny but important Republican taxpayer segment?

Republicans might think that voter anger -- and you can be sure that there will be plenty of mad citizens in both parties if programs are cut, meaning direct loss of benefits or loss of jobs tied to that federal spending, and taxes simultaneously go up -- is acceptable in the short-term because they can then pin the pain on Democrats in the next election.

That seems to be message from House Speaker John Boehner.

Earlier this month, the Ohio Republican said that putting together a tax and deficit deal during the Congressional lame-duck session isn't a good idea.

"I'm not sure it's the right thing to do," said Boehner, "to have a lot of retiring members and defeated members voting on really big bills."

It's starting to look like that if Obama wins, the lame duck session might be as entertaining, disheartening and maddening as the election.