Kiddie tax, gifts and other tax-related items do get 2013 inflation adjustments

Although the Internal Revenue Service had to omit some major tax provisions from its inflation adjustment announcement last week, around two dozen items had their amounts bumped up for next year.

Here are some of the more widely used individual tax provision amounts that will change in 2013.

Kiddie tax: Although this moniker may sound like it's a tax break for youngsters, sort of the child's menu of the tax code if you will, the kiddie tax actually could cost you more.

Officially known as the tax on Unearned Income of Minor Children Taxed as if Parent's Income, it requires, as per its name, that a child's investment earnings exceeding a certain amount be taxed at their parents' usually higher tax rate. 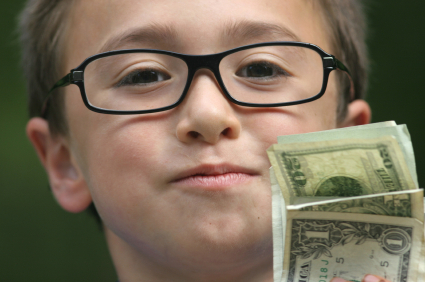 The kiddie tax was created in 1986 to prevent parents from putting money into investment accounts held in the names of their lower-taxed children.

Basically, a portion of the kids' earnings remain tax free, with another chunk of investment income being taxed at the kiddies' tax rate.

But when the earnings exceed the combination of the tax-free and low-tax amounts, then their parents' tax rate kicks in. The earnings affected by the kiddie tax are reviewed each year for possible inflation bumps.

Gift tax exclusion: A simple way to reduce an estate's taxable value is to give some of it away before you pass away.

In addition to getting your estate below the taxable threshold, which is still up in the air for next year since the current estate tax law expires on Dec. 31 and Congress could make changes before or by (or even after) then, giving allows you to receive the thanks of your grateful recipients.

In 2012 you can give up to $13,000 to as many separate individuals --- and they don't have to be your family (hint, hint) -- as you want without any tax implications for you or the people to whom you give the money.

Deductible long-term care premiums: In 2013, you'll need more medical expenses -- 10 percent of your adjusted gross income instead of the current 7.5 percent -- before you can claim them on Schedule A.

To help you reach the medical deductions threshold, you can include the deductible portion of eligible long-term-care insurance premiums. These amounts are based on your age and are adjusted annually for inflation. For 2013 they are:

Tax expatriates also will see some inflation adjustments in 2013.

An individual next year is treated as leaving the United States primarily to avoid tax if his or her "average annual net income tax" is more than $155,000 for the five taxable years ending before the date that person gives up U.S. citizenship.

You can check out the other tax laws with 2013 inflation adjustments in Rev. Proc. 2012-41. And stay tuned for the IRS' final word on the areas where it's waiting for Congressional action.