I grew up in West Texas so I know about living in an arid region. In recent years, that drier lifestyle is something that many more folks across the rest of the Lone Star State have had to learn to live with.

Texas, like much of the rest of the United States, has been dealing with drought conditions for years. Late September data from the National Drought Mitigation Center show that 54.77 percent of the country is in moderate drought or worse, the largest percentage so far recorded at that level and a slight increase from the previous week's percentage.

Remnants of a Pacific tropical storm system are sending some much needed rain Texas' way today. But it's probably too little too late this year for many folks, especially farmers and ranchers whose livelihoods are largely at Mother Nature's capricious mercy.

Drought effects on, IRS help for businesses: With feed crops reduced because of the lack of rain, many livestock owners were forced to sell cattle before they planned. 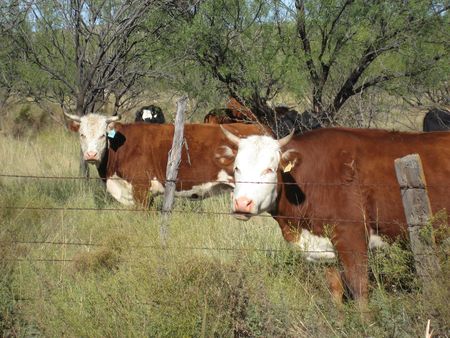 Now, however, they getting a break from the Internal Revenue Service.

They now have more time in which to replace the livestock and defer tax on any gains from the forced sales, the Internal Revenue Service has announced.

Farmers and ranchers who, due to the drought, sell more livestock than they normally would, typically get to defer tax on the unplanned for extra capital gains from those sales as long as they replace the sold livestock within four years.

The IRS is now giving them an extra year to buy more horses or cattle.

This one-year extension of the replacement period generally applies to capital gains realized by eligible farmers and ranchers on drought-prompted sales of livestock held for draft, dairy or breeding purposes. Sales of other livestock, such as those raised for slaughter or held for sporting purposes, and poultry are not eligible.

The tax relief is provided to qualifying agriculture operations in a county, parish, city or district that is listed as suffering exceptional, extreme or severe drought conditions by the National Drought Mitigation Center (NDMC) during any weekly period between Sept. 1, 2011, and Aug. 31, 2012.

This covers farmers and ranchers in all or part of 43 states. Any county contiguous to an NDMC-listed county also qualifies for this relief, according to the IRS.

This means the qualifying farmers and ranchers whose drought sale replacement period was scheduled to expire on Dec. 31, 2012, will in most cases now have until the end of next tax year.

Because of previous drought-related extensions affecting some of the localities in the most recent IRS announcement, the replacement periods for some drought sales before 2008 also are affected. Additional extensions will be granted if severe drought conditions persist.

And because no one can really predict the weather (just ask your local TV weathercaster!) the IRS is authorized to extend this period if the drought continues.

More details, including a complete list of eligible drought areas, are in IRS Notice 2012-62.