Home Table of Contents Tax Tips Credits Deductions Refunds State Taxes Politics/Laws Tax Terms Archives
Rich are greedy, less honest and
don't pay their fair share in taxes
We all built it, together with our taxes

When the storm's over, don't forget to claim possible tax help for your losses

I know the folks in waterlogged portions of Louisiana, Mississippi, Alabama and Florida probably aren't reading the ol' blog right now. They have other things on their minds.

Hurricane Isaac is about to make landfall near New Orleans and the rain bands are pelting the Pelican state and its Gulf Coast neighbors. 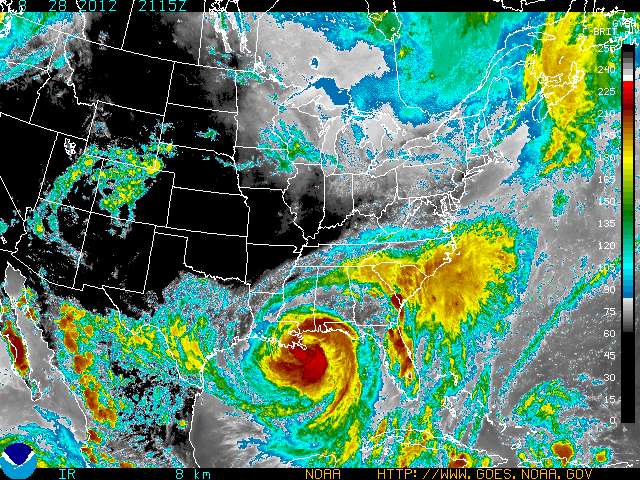 But once the clean-up begins, they and all victims of disasters need to remember that help might be available from an unlikely source: the Internal Revenue Service.

When disasters strike the federal tax collector typically offers a variety of relief.

Tax deadlines are extended: Individuals who reside or have a business in affected storm areas usually are granted more time to meet tax deadlines. Uncle Sam also tends to waive some penalties for late filings.

Relief workers considered, too: Residents automatically qualify for special tax treatment. But relief workers assisting in recovery activities also are often granted some tax relief. So do taxpayers who don't live or have a business in the disaster area, but whose necessary tax records are in the damaged area also usually qualify.

Quicker relief via amended returns: Finally, if a storm-struck area is declared a major federal disaster by the president, you have the option to claim any disaster losses on your federal income tax return for this year or last year.

Claiming the loss in the prior year by filing an amended return -- or your original return if you got an extension until Oct. 15 to file -- could get you a tax refund sooner. Here's how.

Joe sustained major damage from Isaac and the county where he lived was declared a major disaster.

Joe had already filed his 2011 return earlier this year, claiming the standard deduction. However, his losses were large enough that he can get a bigger deduction by itemizing those hurricane damages as a casualty deduction.

By doing so via filing an amended 2011 return (the tax year just prior to the year the damage actually occurred), Joe will get a bigger refund as soon as the IRS processes his Form 1040X.

If, however, Joe finds that it would be better for him, tax and financially, to wait and claim the losses on his 2012 return he files next year, he can do that.

The choice is Joe's. He, and you if you're in the same situation now or in a future disaster, need to run the numbers to see which tax year will get you the most tax money.

If your tax circumstanced and calculations show that waiting to claim the loss on your 2012 return will give you more money back from Uncle Sam, then definitely put it off filling out Form 4684, a disaster victim's best friend, until next year.