$36+ million: That's how much taxpayers are paying for the political conventions

You should watch the Republican and Democratic conventions. You're helping pay for them. 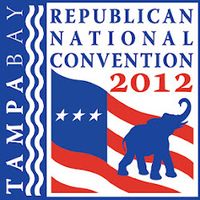 And taxpayer dollars are covering $36 million of those costs. The Democratic and Republican parties accepted almost $18 million each to fund their 2012 conventions.

In addition, Congress OK'ed $50 million for security at each of this year's conventions so our indirect bills are even bigger.

Long history of party payments: Such outlays are not new. More than $220 million of taxpayer money has been spent on Democratic and Republican nominating conventions since 1976. 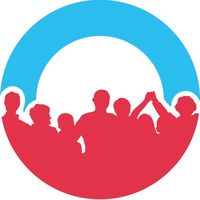 That's the year that the Federal Election Commission started footing part of the bill for political conventions in a hopeless an attempt to guard against special interest groups gaining too much influence by ponying up for partisan partying.

The parties each received about $2 million 36 years ago. But the payments are indexed to inflation, so the federal dollars used to keep 2012's Democratic and Republican National Convention attendees entertained doing their jobs has ballooned to a $17.7 million U.S. Treasury check for each party.

The good news for taxpayers, says U.S. News, is that the taxpayer portion is less than in previous years.

In 1980, federal grants paid for nearly 95 percent of both convention costs. By 2008, only about 23 percent of convention expenses were supported by taxpayer money.

Still, there are plenty of public dollars going to the events in Tampa this week and those scheduled for Charlotte, N.C., Sept. 4-6.

Checking the box: The direct taxpayer money for the two political conventions comes through the Presidential Election Campaign Fund.

You know this account. It's that $3 you contribute by checking a box on your Form 1040 each year.

What? You didn't check that box? Well according to the FEC about 33 million taxpayers contribute to the fund each year.

But while $36 million from the Presidential Election Campaign Fund is a lot, it won't cover all the conventions' official parties sessions.

For Tampa 2012, the Republicans are using the standard rulebook — a law banning corporate or union contributions to convention committees, but no limit on the size of individual contributions — to raise the $55 million difference.

The Democrats however, are fundraising under a self-imposed limit of just $100,000 per individual donor, and are rejecting special-interest contributions, reflected in their far smaller goal of nearly $37 million.

If you have a few more dollars to spare, I'm sure both parties would be more than happy to hear from you.