Such meetings have been at a fever pitch in Tampa as Republicans plan to gather there next week to officially name Mitt Romney and Paul Ryan as their challengers to Barack Obama and Joe Biden.

But the folks gathered in advance of the Aug. 27 Republican National Convention aren't talking about candidates. They're hammering out the GOP's 2012 party platform.

And one popular item missing from this version of the party's core principles is absolute support for the mortgage interest tax deduction. 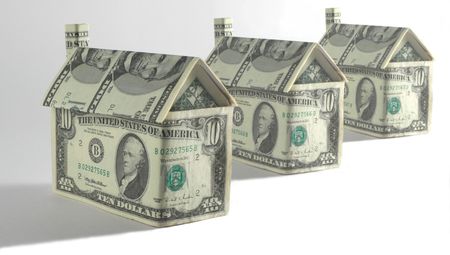 The thinking is that by refusing to put the Republican Party on record for keeping the popular home-related tax break on the books, Romney will have more flexibility in his tax plan.

Romney's general idea is to lower individual and corporate tax rates but in a revenue-neutral way; that is, without increasing the federal debt. But he's been a bit fuzzy on how to achieve that fiscal goal.

To that end, the group defeated a proposal to include language calling for preservation of the mortgage interest tax deduction.

Did you also hear that screaming? I'm pretty sure it was coming from the National Association of Realtors (NAR) headquarters in Washington, D.C.

Now this decision doesn't necessary mean that the GOP is for eliminating the popular tax break. But the move is a shift in official Republican policy.

In 2008, the GOP platform said that "because affordable housing is in the national interest, any simplified tax system should continue to encourage homeownership, recognizing the tremendous social value that the home mortgage interest deduction has had for decades."

Those opposed this time to specifically adding support for the mortgage interest deduction to the GOP platform argued that including specific tax provisions would bog down the platform and get in the way of major tax reform.

Proposals such as the home mortgage write-off are a big reason why tax code overhaul is so hard, a Minnesota delegate told the Wall Street Journal's Washington Wire blog.

Two steps forward, one back: Wait a minute. The NAR yelling just got louder.

And the GOP platform folks, after pulling their fingers from their ears, did flinch just a bit.

After a browbeating hearing from the housing lobby, the GOP platform writers agreed to add a clause saying that if the Republican-led tax reform fails, the party would favor retention of the mortgage interest deduction.

"If" and "favor" seem to me to be a little squishy. And to its credit, the party is supporting the idea of overall tax reform more than completely caving to a well-funded special interest group.

The NAR, of course, sees it differently. The group quickly trumpeted the GOP hedging as a "clear victory for home buyers, home owners, and the economy."

Isn't it comforting to know that special interest lobbyists and their big bucks hold some sway outside the halls of Congress? Uh, no.

Do platforms even matter? That's the real question. Is all word parsing work by both Republicans and Democrats for naught? I mean, really, how many people actually read either side's platform?

And how many Democrats and Republicans support every last line of policy included in their platforms?

Not many, either as readers of the documents or whole-heartedly committed elected (or wannabe elected) officials.

But the platform tells you what the party stands for, what its members believe is important and worth fighting for legislatively. It gives us an idea of what to expect if the party gets a chance to control the making of our laws, tax and otherwise.

And political analysts note that the party platform is where the party's base can assert its principles and show its strength in the party.

Stephen Engel, a political science professor at Bates College in Lewiston, Maine, notes in a 2007 paper presented at the Midwest Political Science Association that:

Evidence ... suggest[s] that platforms may have some effect on altering the terms of the political universe following an election. As such, understanding how one intra-party faction acquires more power within a party to control a platform becomes increasingly important if we are to understand more fully how ideological change of American parties occurs. We see the need to be more attuned to interest group interaction with the party, and particularly to how this interaction both shapes the content of platforms and signals policy commitment and politician accountability down the line.

In non-academic speak, Engel's saying that a political party platform is a tool that interest groups try to wield. And some wield it mightily.

Engel points out that between 1976 and 1980, Republican Party positions shifted ideologically to the right. In 1980, for example, the GOP platform dropped prior support for the Equal Rights Amendment and showed more support for positions held by those opposing abortion.

So yes, platforms do matter.

Read both the Democratic and Republican platforms to find out what ideas, goals and guiding principles are affiliated with the candidates you're supporting.

In the big picture, this is the best time to kill this deduction. With the 30 year fixed at 4% or less, the mortgage on a median home will be $120K, and interest the first year, under $5000. Kill this, the state tax deduction and more but bump the exemption and standard deduction, and we'd be looking at some simplification that would benefit all of us.