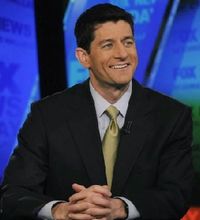 Paul Ryan is now under the most intense scrutiny he's ever faced.

Journalists, bloggers, campaign staff and just plain old people -- that last one's a colloquial reference, not a descriptive one, although senior citizens obviously are interested in Ryan because of his Social Security and Medicare proposals -- are poring over everything they can find on the Republican vice presidential candidate.

But there's one thing all these sleuths aren't likely to find: a lot of Ryan's tax returns.

While it's become expected that presidential candidates and their running mates make public their tax filings, sometimes the White House wannabes, or their families, balk.

That happened in 2008 when Cindy McCain, wife of then-GOP-nominee John McCain, resisted revealing her Internal Revenue Service filings. Mrs. McCain generally sends her 1040s separately from her husband because of issues connected to her own inherited holdings. But she finally relented, releasing a portion of her 2006 filing.

This year the Republican presidential candidate Mitt Romney vows that his 2010 and 2011 (once it's filed; he got an extension) returns are all we'll get to see.

Even if Ryan, who has proposed revamping the tax code so that there are just two income tax rates (10 percent and 25 percent), wants for some exhibitionist reason to open his tax life to the public, he couldn't. To do so would make Romney look bad.

Of course, a lot of folks think Romney already looks suspicious by keeping his tax returns, especially those while he served as an executive with Bain Capital, private.

That's led to a lot of speculation about what could be on the earlier Romney returns -- audit problems, perhaps? -- and even allegations based on unnamed sources that some years Romney was able to avoid paying any federal income taxes.

No tax paid by the very rich: It's hard to imagine how anyone, especially someone who has as much money as Romney (he's estimated to be worth as much as $250 million and he reported on his final 2010 return income of almost $22 million) could whittle a federal tax bill to zero.

But it has happened.

Six taxpayers were able to accomplish this feat for the 2009 tax year, according to IRS data on that year's 400 richest tax filers. And those half dozen represent this week's By the Numbers figure.

That revelation by the IRS comes from its annual data collection on the 400 individual income tax returns reporting the highest adjusted gross income. For the 2009 tax year, this megarich group earned on average $202 million.

In addition to the six taxpayers who paid no federal income tax, the IRS reported that 27 paid from zero to 10 percent of their adjusted gross incomes and another 89 paid between 10 and 15 percent. That's not too far off the 13.9 percent rate that Romney paid in 2010.

James B. Stewart of the New York Times looked at the IRS report on the ultrarich for clues to what might be in Romney's return and how even just a tiny handful of such filers could avoid paying the U.S. Treasury any income taxes.

The answer? The nature of their earnings, primarily capital gains (like Romney) and the tax treatment of such earnings combined with the particular financial considerations at the time:

The data show that the ultrarich typically pay low tax rates every year, but 2009 was a special case. In 2008, people with large stock portfolios and other less liquid assets were disproportionately hit with large losses on paper. One of the oddities of the tax code is that capital gains taxes are discretionary, since they must be paid only when gains are realized. And they can be offset by losses. The silver lining in a bad year like 2008 for wealthy people is that they can "harvest" losses by selling assets, then use those losses to offset any gains. They can also carry forward the losses to offset gains in future years.

There's ample evidence that happened in 2009 among the richest taxpayers. Their average income, $202 million, dropped from $270 million in 2008 and was the lowest since 2004. Like Mr. Romney in 2010, for the richest taxpayers most income comes from capital gains and other investment income. Their net capital gains (the data doesn't include gross gains and losses) dropped by nearly 40 percent, from an average of $154 million in 2008 to $93 million in 2009, which accounts for nearly all of their drop in total income. Even with these lower gains, these 400 taxpayers, a minuscule fraction of the population at large, still managed to account for 16 percent of all capital gains. That is the highest percentage since the data was first released for 1992, when that percentage was less than 6 percent.

Tax experts I consulted said these results almost certainly reflected aggressive use of tax-loss carry-forwards from 2008, since the stock market bottomed in March 2009 and rallied strongly during the rest of the year.

Romney likely utilized the capital loss carryforward tax-saving strategy. But one of the experts to whom Stewart spoke doubts that Romney paid no income tax.

"It's possible theoretically that Romney didn't pay, but improbable," said Edward Kleinbard, professor of law at the Gould School of Law at the University of Southern California.

What probably happened is that Romney paid a very low rate (again).

That's not illegal, but it might help explain why Romney is refusing to release more of his returns, especially those for 2009.

Sure, we all know he's very, very wealthy and that he doesn't usually pay that much tax relative to his income.

But in an election year, appearances are as important as facts. And seeing that year after year after year Romney paid relatively small tax bills might not sit well with some voters.