I am in San Diego for the next four days to attend one of the annual IRS Nationwide Tax Forums. I didn't realize until last week that this IRS event follows another big gathering here in Southern California.

Maybe you've heard of it: Comic-Con. 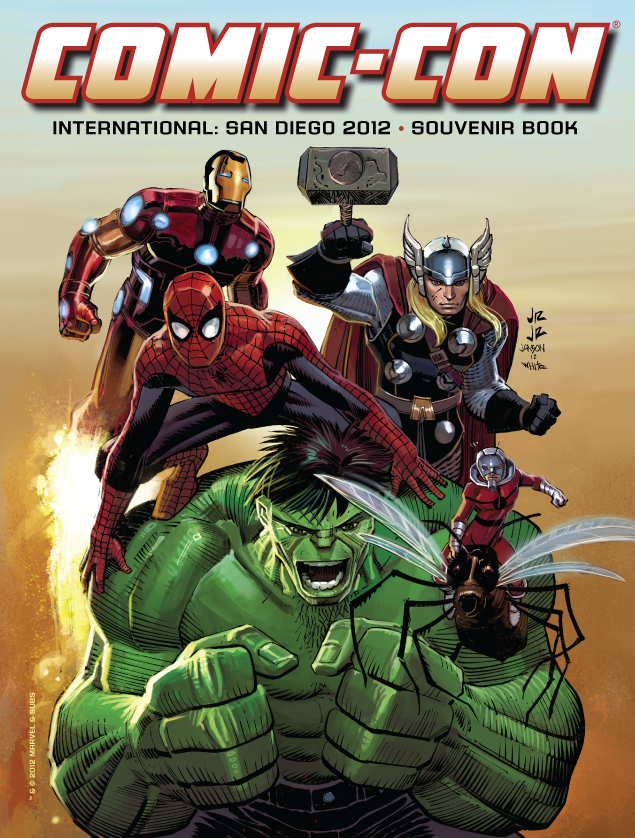 And I'm definitely a horror and sci-fi devotee. Just ask the long-suffering hubby who doesn't really care that much for these genres, but who lets me jam up our DVR with The Walking Dead, Falling Skies, Fringe and Eureka episodes to name a few. One birthday, he also gave me the complete Firefly DVD set. Psst, sweetie, think Farscape for upcoming gift-giving dates!

So how did I miss this opportunity to piggyback my continuing tax education on the world's premier gathering of pop culture aficionados? It would have been a perfect nerdy, geeky combo of combining tax-deductible business travel and a little personal fun time.

I've already marked my calendar for next year. And today I at least got a bit of Comic-Con.

My direct flight from Austin to San Diego got me to the hotel at check-out time, where I found myself standing in the front desk line with dozens of tattooed, multi-colored coiffed twenty-somethings wearing The Avengers and True Blood and Game of Thrones t-shirts and schlepping huge, overloaded Walking Dead tote bags.

Lower taxes for mutants: I suspect the registration materials for the IRS forum, which I'll pick up as soon as I post this, aren't going to be anywhere as flashy.

But, hey, taxes sometimes seem un- and/or supernatural to a lot of folks, so maybe this brief crossing of paths isn't that weird.

In fact, earlier this year Marvel Entertainment's tax attorneys were able to get lower import taxes on some of the company's superhero action figures.

The U.S. Customs Department charges a 12 percent import duty on dolls, which are classified as representing humans, and just a 6.8 percent tariff on toys, which can represent monsters or robots.

Marvel's lawyers argued that superhero characters like Wolverine and his X-Men colleagues are more like mutants than human beings, reported Accounting Today.

Heck, anyone here in San Diego last week could have told Uncle Sam that.

To bolster their mutant-not-man case, the attorneys brought a bagful of X-Men action figures to a meeting with Customs. That didn't work, so Marvel ended up taking the case to court where the federal equivalent of the Justice League ruled in Marvel's and the mutant dolls' favor.

And I'll guarantee that by cutting the import taxes almost in half, Marvels' tax attorneys are definitely superheroes in the eyes of their bosses.

Ahem, I already got you Farscape. Look on the bottom shelf of the TV cabinet. You're welcome ... ;-) -- the Hubby

Eva, I'm not sure if it was Classics Illustrated, but my introduction to Shakespeare was a comic book version of A Midsummer Night's Dream. Yep, show a kid a guy with a donkey's head and you'll sell that kid a comic book!

Dan, as H&RB showed, the variations in tax law and individual taxes makes such analyses difficult and wrought with tax journalist danger! I'll try to find a cape and see what I can come up with. ;-D

Can we write off comic books as educational expenses?

After all, I learned English, reading and the classics from comic books between the ages of 4 and 6.

I'll bet you don't remember (or know of) the Classics Illustrated.
http://en.wikipedia.org/wiki/Classics_Illustrated

They were all the vogue with the Hungarian immigrants, who collected and traded the comics with the same passion as baseball cards.

Kay, you must do a piece on tax breaks for superheroes. Does Spiderman get to deduct the dry cleaning bill for his uni?
And Batman: All that driving around in the Batmobile. Is the mileage deductible at the charitable contribution rate? And if Commissioner Gordon gives him a reward for saving the city, is it hobby income? What about Superman's Fortress of Solitude at the North Pole - a second home for tax purposes, so no mortgage deduction?