Ah, politicians. Talking is one of the key parts of their jobs, both getting into office and staying there.

But sometimes a simple word can be so troubling. 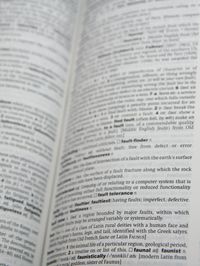 Too many of us greatly misunderestimated Dubya's ability with malapropisms.

Then there was the infamous attempt by Bill Clinton, usually a master of communication, to tell us what "is" is.

Turns out it can be all three depending upon where a person is in the High Court hearing or along the campaign trail.

Now we have Senate Republicans parsing the word "temporary."

The minority party in the ostensibly more deliberate Congressional chamber is expected to try this week to eliminate various tax breaks for lower income taxpayers in order to pay for the continuation of Bush-era tax cuts for more wealthy Americans.

Republicans say the tax breaks for lower-income families, passed as part of Obama's 2009 economic stimulus measure, were always supposed to be temporary.

Um, excuse me, Senators, but aren't measures that have a sunset date like, uh, the Bush tax cuts also, by virtue of that ending time period, also temporary?

Be sure to not have not only the Internal Revenue Code but a dictionary handy when this debate goes down.