Two pet supply stores opened this week in my area of northwest Austin. It seems like a bit of overkill, but you've got to presume the owners of the new animal-related businesses did their market research.

I suspect that my neighborhood supplied much of the data supporting multiple pet care storefronts. It seems like every other house has at least one dog.

We are not alone.

As for the number of pets, APPA says there are more than 86 million cats and 78 million dogs in American households.

And then there are the dollars. Owners of those cats, dogs and other pets spent almost $51 billion on their other kids the animals in 2011. APPA estimates the expenditures will grow to almost $53 billion this year. 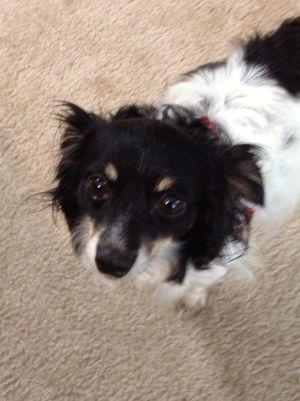 That little fellow to the right is responsible for some (a lot!) of those dollars. That's Willie, my mother's dog, who gives me that look every time I visit. He perks up when I produce the treats he knows I've brought.

And yep, I'm betting that despite their proximity to each other, both new pet stores will do just fine.

More pet perks: This summer, hotels that make room for pets also are doing well. More people are traveling with their pets.

Medical pet insurance has been around for a while. Now some traditional insurance companies, seeing added profit potential, offer coverage for Fluffy and Fido when he or she is riding in the car with you.

Even Congress gets in on the act now and then with bills like the Humanity and Pets Partnered Through the Years, or HAPPY, Act. This measure would have let pet owners deduct up to a maximum of $3,500 for pet care.

And such unfulfilled legislative efforts to recognize the preferred place pets have in our lives don't sway the Internal Revenue Service. The tax collecting agency is adamant that we can't claim pets as dependents.

There are, however, some situations where pet-related costs are tax deductible.

You can include in medical expenses the costs of buying, training, and maintaining a guide dog or other service animal to assist a visually impaired or hearing-impaired person, or a person with other physical disabilities. In general, this includes any costs, such as food, grooming, and veterinary care, incurred in maintaining the health and vitality of the service animal so that it may perform its duties.

Pets as a business cost: Business owners who put a pet to work at the office also might be able to claim some of the animal's expenses.

There's precedent for writing off pet food when the animal helps keep vermin in check or serves as a guard dog. In these cases, the IRS is more likely to accept the claim if you can show the animal protects inventory and that it's a breed typically used for such jobs. We're talking German shepherds here, not Pekingese.

Pets as a moving expense: When you move, you can deduct the costs of shipping your household pets to your new home.

Pets and charitable gifts: And although the fee you paid when you adopted your furry family member from a shelter is not tax deductible even though the facility is an IRS qualified 501(c)(3) nonprofit, you can give a separate donation to the organization and that will count as a deductible charitable contribution.