Same-sex couples generally must do twice the work at tax-filing time than traditional husband and wife taxpayers. 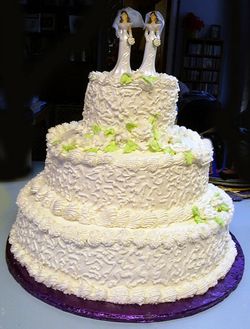 That's because the federal Defense of Marriage Act, or DOMA, defines "marriage" as "only a legal union between one man and one woman as husband and wife."

So gay and lesbian married couples must file separate federal returns even though their states allow for a single joint filing.

Not only do the same-sex couples have to pay tax professionals more for the extra work they do. Some of the couples also face higher taxes by not being able to file a joint return.

Those tax-filing limitations, as well as DOMA's prohibition of the surviving spouse of a same-sex marriage from collecting Social Security survivor benefits, are unconstitutional, according to the U.S. Court of Appeals for the First Circuit.

The First Circuit's unanimous ruling was based on the constitution's Equal Protection Clause.

The Boston-based appellate panel held that the U.S. government had no basis for denying benefits to same-sex married couples and that Congress had no legitimate interest in applying a uniform definition of marriage for purposes of determining federal rights, benefits and privileges.

Since DOMA doesn't prevent same-sex marriages in states where such unions are legal, but penalizes the same-sex married couples by limiting their tax, Social Security and other federal benefits, that creates a burden comparable to those found be substantial in earlier equal protection cases.

This is the first federal law ever declared unconstitutional by an appellate court for discriminating against gays and lesbians, notes David Cole, legal affairs correspondent for The Nation.

The First Circuit ruling upheld the Massachusetts federal district court opinion. That lower court's ruling also had ordered that the plaintiffs receive federal tax refunds and interest based on their amended joint returns.

The appeals court, however, stayed the tax relief, pending appeal. The case ultimately is expected to reach the U.S. Supreme Court.

By the time that happens, and if the country's top justices agree with the lower court rulings, the interest amounts could be a nice bonus for couples.